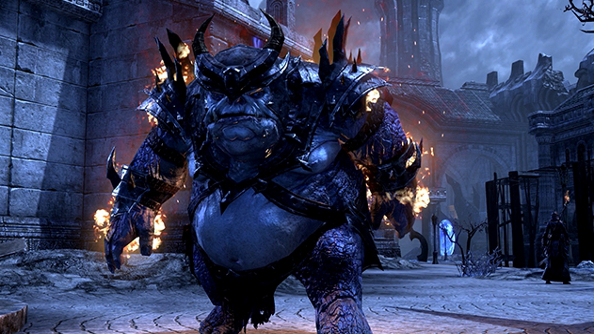 It’s not often you hear about developers celebrating the anniversary of an expansion, but then The Elder Scrolls Online only came into its own after its rocky release. So to mark that sort of important date, Bethesda are discounting the Imperial City DLC by 50% for a week, ending 3pm BST on September 6.

Like your gaming massive and multiplayer? Check out the best PC MMOs.

A Collector’s Bundle for the Imperial City DLC will also be available to buy during the same period, which adds the Mind Shriven Horse and Mind Shriven Skin – both were only available to buy in the Crown Store for a short period when the DLC first launched – a Daedrat pet and five Crown Experience Scrolls.

The main draw however is the return of certain timed exclusives that were initially only available during the DLC’s launch. Drop rates for some of these items have also been temporarily doubled, including the Stonefire Scamp pet, Tel Var stones and the Soul-Shriven skin. So this is the perfect opportunity to jump back into the Imperial City if you missed out on your first time around.