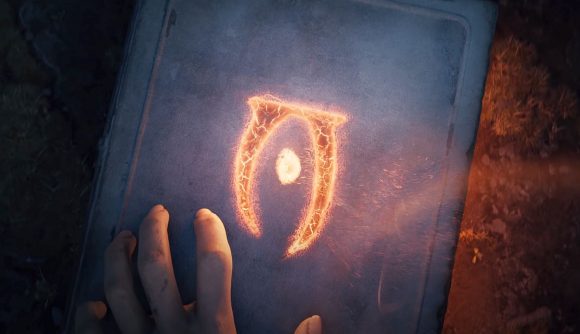 If you’re an Elder Scrolls Online fan, you’ll know that the next year-long adventure will be taking players back to Oblivion – the (part) setting of 2006’s The Elder Scrolls IV. The lid has been lifted on what the coming expansion will bring in a global reveal event, and – alongside plenty else – it’ll also be bringing something players will remember fondly from The Elder Scrolls V: an NPC companions system.

“I think that the big new system that I’m really excited about is companions,” TESO creative director Rich Lambert tells us in an interview about The Gates of Oblivion expansion. “Companions are essentially your permanent adventuring buddies. So, you unlock them in the Blackwood chapter by doing some quests, and once you have them unlocked, you can level them up, you can equip gear on them, [and] you can assign their roles and their abilities – so you can choose for them to be more of a tanky, healer, or damage dealer role.”

Additionally, as Lambert explains, there’s a “rapport system” tied to the companions, which means “they have specific likes and dislikes. As you level up through those, you unlock more quests”.

Exciting news if you’re a Skyrim fan who fondly recalls having the eternally grumpy Nord housecarl Lydia, formidable shield-brothers Vilkas and Farkas, vampire pal Serana, or one of Skyrim’s many other follower folk have your back in battle and chirp endlessly throughout. It’s also a much-requested feature for TESO, as Lambert tells us.

“It’s definitely something that we have seen players ask for a lot, especially those that have played Skyrim. Companions were a big part of that. This is our way to give players another avenue to roleplay their characters and develop social bonds without necessarily having to do that with players.”

While it sounds like you won’t be able to take them into PvP fights, you should be able to bring your chosen companions “anywhere outside of PvP”, and in content like four-player dungeons, they can replace other players – so, you and a buddy can tackle one with your two respective companions making up the numbers. Neat.