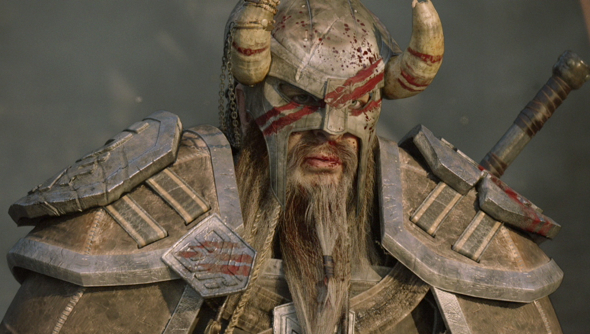 There are small bits of evidence that the Elder Scrolls Online might be shifting to a free to play model; it’s been recalled from stores in Australia and New Zealand and you can no longer buy six month subscriptions for the MMO. This doesn’t confirm an impending shift to free-to-play but it does hint towards it.

Electronics Boutique have begun a general recall of all copies of Elder Scrolls Online and game time cards across New Zealand and Australia. An EB spokesperson told MCV Pacific “This is just part of a normal stock recall. Post-Christmas we ask stores to send back anything that they may have too much of in store.” Other games are under recall, too, including The Evil Within and Destiny.”

However, Kotaku claim to have seen the stock recall lists and while excess stock for other games is being recalled, every copy of ESO and all of the game time cards are being taken off the shelves.

Over Christmas Bethesda stopped selling six month subscriptions in ESO’s in-game store and we’ve not been able to find any stores that are still selling them either.

This doesn’t confirm a move to free-to-play and before launch Bethesda were adamant they could make a subscription model work, saying “We feel that putting pay gates between the player and content at any point in game ruins that feeling of freedom, and just having one small monthly fee for 100% access to the game fits the IP and the game much better than a system where you have to pay for features and access as you play.” These events do hint they may have changed their mind, though.

We’ve reached out to Bethesda and are currently waiting for a response.