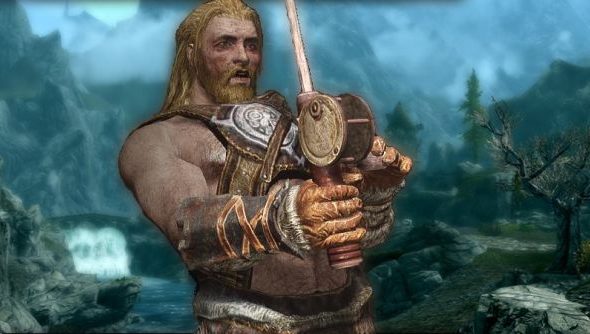 Among the many, many uneasy questions raised by Valve’s decision to introduce paid mods to Steam Workshop last night was this: what might happen if the constituent parts of a paid mod include another mod by another creator?

Well, here’s one eventuality: the second creator objects to the very idea of payment, and the mod is removed from sale.

“Making money with mods is totally against my attitude,” said Skyrim modder Fore. “It’s the end of a working and inventive modding community.”

Chesko’s Fishing Mod for Skyrim was one of those featured on the launch page for paid Steam mods yesterday, but it’s already disappeared from Steam Workshop. Before it did, Destructoid captured a discussion in which a fan asked if Chesko had sought the permission of Fore to use his idle animation assets.

In his own reply, Chesko clarified that a non-disclosure agreement had prevented him from contacting other creators – but announced his intention to “defer to Fore’s decision” and issue refunds to all of the Fishing Mod’s subscribers.

“I asked Valve specifically about content that requires other content, and was told that if the download was separate and free, it was fair game,” said the modder.

Skyrim is the launch game for Steam’s paid mod system – head to its Workshop page and you’ll find a new dedicated category, though you can hide it if you wish.

The price of premium mods are determined by creators, who can also plump for a pay-what-you-want model. Proceeds are influenced by publishers – in Skyrim’s case, modders get 25%.

There’s a refund policy: if a mod is broken, buyers can claim Steam Wallet credit back within 24 hours.

Bar the exceptional likes of Garry’s Mod, paid mods are a confusing new concept. Steam users and developers are already divided on the idea, and plenty more problem cases must surely come. Will it have been worth the upset, do you think, once everything’s ironed out?