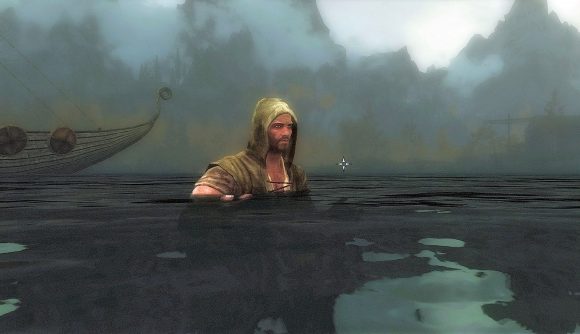 Red Dead Redemption might have never made it to our home platform, but those who dove into the western game’s console version will remember its hero had one (frequently) fatal flaw. John Marston can’t swim. He could take his fair share of bullets, bar brawls, and tumbles from steeds, but the smallest of lakes spelt instant death for the gangster-turned-farmer. Now, that same Achilles’ heel has come to Skyrim, thanks to a mod that turns every body of water bigger than a puddle into a deadly threat.

Jonharwood’s Skyrim mod is pretty self-explanatory: ‘Drowning – a mod where you can’t swim’. The way it works is by tinkering with a bunch of the RPG game’s mechanics to turn going for a paddle into a very serious matter indeed. For example, it reduces the Dragonborn’s swimming speed by a whopping 75% (well, you are kitted out in all that armour).

The major changes act in a similar way to plenty of other role-players and action-adventure games – the mod slaps you with a “significant” stamina hit when swimming unless you’ve got a water breathing effect in play, and once your stamina bar’s depleted, it starts eating into your health, and fast. Once that’s gone, it’s bye-bye Dragonborn.

In addition to the Skyrim mod’s health and stamina changes, it stops you from accessing your inventory while taking a dip (which means no, you won’t be able to down any of those health or effect potions you’ve got rolling around in your pack). Oh, and slaughterfish now take a bigger bite of your health. Ouch. So, the mod doesn’t instantly kill your Dragonborn for taking the plunge, like RDR did – but it’s pretty darn close. 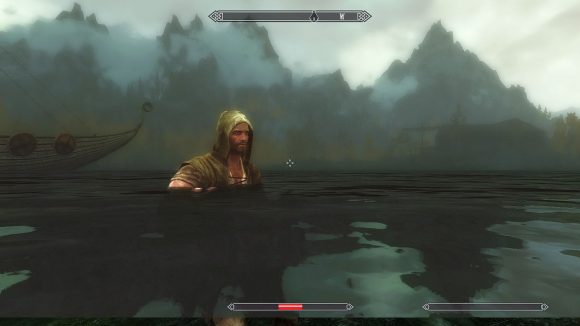 On the upside, the mod aims for immersion, so if you’re happy to go au naturel to cross one of Skyrim’s freezing cold lochs, you’ll swim 10% faster without all that kit weighing you down. It goes up another 10% if you have a water breathing effect active, too. That’s especially true for Argonians, as they’re a lot more at home in the water than the open-world game’s Nords, Khajiit, Imperials, Bretons, Orcs, and other non-water based folk.

If you’d like to turn Skyrim’s every pond and pool into a terrifying obstacle, head over to Nexus here to pick up the mod. And maybe go for the light armour option next time – y’know, just to be safe.