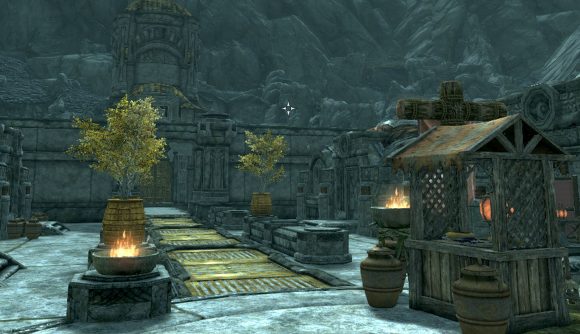 It looks like we may have another contender for the list of the biggest and best Skyrim mods out there – one fan has created a whole Dwemer university for the RPG game’s world. Not only does it add the location – the prestigious and historical university of Kagrenfahlz – itself, but there’s a whole bunch of “books, philosophers, quests, dungeons”, and more included too.

“This mod is for lovers of philosophy, those that admire the written word, scavenger hunters, and mystery solvers,” modder AureliusofKvatch says. “Skyrim breathes philosophy, but rarely expresses it. Kagrenfahlz fixes that by giving Tamriel a philosophical tradition. Dovahkin can now finally challenge his or her assumptions and become a critical thinker.”

The new university is a port of an original ‘Philosophy in Skyrim’ mod by the same creator, but with a ton of extra content and goodies added to it. For example, there are multiple quests, some of which are “similar to the ancient falmer tome quests” of Skyrim’s Dawnguard expansion, while others are more “akin to simple fetch quests” – but, the modder adds, they’ve thrown in a few twists, too. There are additionally some “larger” missions, two of which use the open-world game’s radiant quest system, as well as some that take you through dungeons. Oooh.

The modder says they don’t want to give too much away about these, and just suggests that you head to the Sleeping Giant Inn and chat to Duns Scotus. Ask if he needs some help, and he’ll point you in the right direction. There are some objectives involved, AureliusofKvatch says, but “sometimes you just have to use your brain”. 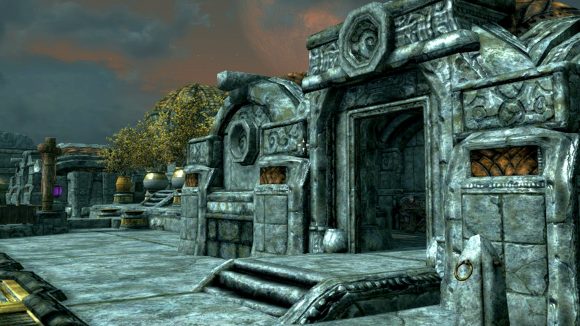 As for the university itself, you can get a peek at a top-down view of its floor plan on the mod’s page here and up-close(r) above. Alongside this, and the missions, there are “20+ books, a couple of NPC’s in Skyrim as well as a bunch of NPC’s in a hidden location, a context of philosophical practice in Tamriel, an ancient riddle waiting to be solved, and more little riddles, puzzles, dungeons, and some little surprises”. A clue to the latter is go “check the Khajiit Caravans for an oddly named book”. Phwoar.

It’s worth noting that the NPCs are unvoiced, but the modder suggests you can use a combo of this ‘silent voice’ mod and subtitles to make sure you know what’s going on.

If you’re keen to find out more or grab the Dwemer university of Kagrenfahlz for your game, you can find it at Nexus Mods here. Now, go hit those books – you never know when the next pop quiz will be.