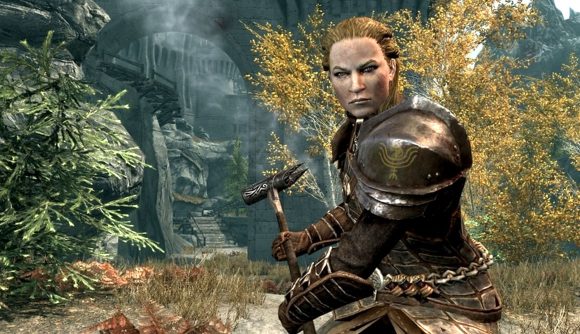 An ambitious and hugely popular overhaul mod for Skyrim that’s been around for years has now come to Skyrim Special Edition, making it playable for many more fans. Requiem aims to draw on old-school roleplaying elements to transform the game into a different, more challenging, and “organic” experience. It’s been on Nexus Mods for the base version of the game since 2012, and now its modders have brought it to SSE.

Requiem is crafted by a small team of modders, writers, and testers, who have spent “several thousand hours” getting it to the point it’s at now, which is an impressive overhaul mod that offers a whole new experience with a strong emphasis on more classic-style roleplaying. Key inspirations listed include previous Elder Scrolls games Morrowind and Daggerfall, as well as Gothic, Deus Ex, Baldur’s Gate, and Icewind Dale, among others. The changes are extensive and far-reaching, but one of the biggest facets is that all challenges and rewards have been de-levelled with the mod.

“During early levels, a lack of healthy fear and preparation will quickly result in death,” modders The Requiem Dungeon Masters explain. “Even as you grow in experience, combat will always remain deadly, as a sword or arrow in the gut is a death sentence without some measure of protection.

“Properly trained and equipped warriors can smash through enemy lines and shrug off flying arrows, but powerful mages can incinerate them from afar. Meanwhile, sneaky rogue or ranger-type characters may be able to move with stealth and kill an unarmoured mage with a well-aimed strike. This rock-paper-scissors approach to combat encourages flexible tactics and smart play – but rest assured, there are always multiple options available to you to fight and thrive in Requiem’s version of Skyrim.” 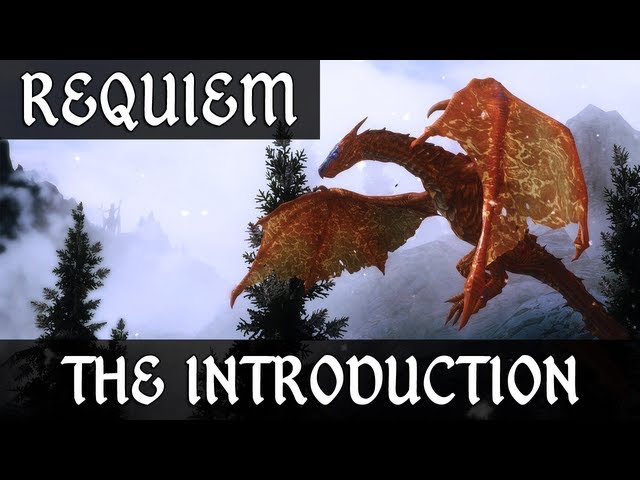 The idea behind Requiem isn’t just an increase in difficulty – it’s about altering Skyrim’s gameplay and the world the Dragonborn finds themselves in to demand more tactical, planned approaches to adventures and battles. You can tackle what might seem like unbeatable foes using well-devised strategies, as well as weapons and items that are balanced to be tricky to claim, but potentially very powerful in a fight.

Non-combat skills have been reworked “heavily” to overhaul balancing, immersion, and character growth across other activities such as crafting and mastery of the Voice, the modders explain. Perks are core to your character, and you’re encouraged to invest these into the kind of role you want to play, not the one you reckon you should play. 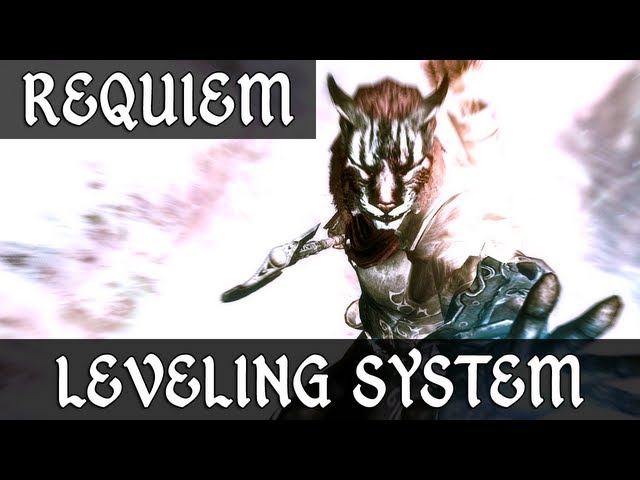 It’s worth noting that the overhaul isn’t for the faint-hearted or fair-weather fan, though. “Requiem’s mission and resulting gameplay changes are not suited for the average player who simply wants to explore vanilla Skyrim and then be done with it,” the creators say. “Requiem’s world is dangerous and deadly for the unprepared and unskilled. Requiem requires patience, planning, and a willingness to invest time in growing your character from a humble adventurer into a true saviour of Tamriel.”

If you’re keen to find out more, you can check it out on Skyrim Special Edition’s slice of Nexus Mods now it’s been uploaded for SSE. You can also check out our rundown of the best Skyrim mods on PC if you’re on the lookout for more.