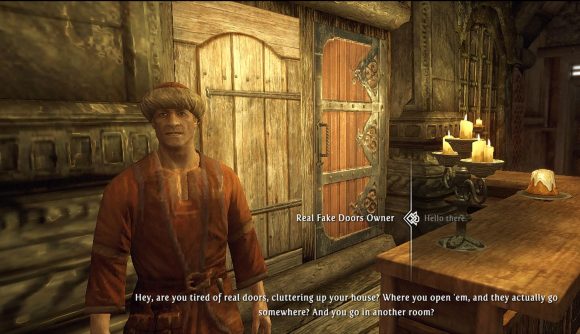 There are all kinds of great Skyrim mods out there offering everything from graphical overhauls to new quests to power through, and even a nifty mod that lets your Dovahkiin just “do the thing”. Now, there’s even something for Rick and Morty fans. Yes, you read that right – a modder has crafted not just one but two Skyrim quests inspired by the animated sci-fi sitcom.

There’s not much detail on the mod page about what the two quests entail, exactly, but going by the former’s name it’s possible it’s inspired to some extent by the episode Rickmancing the Stone, which is the one where, er, “Summer starts acting out in this one, broh. Morty goes ham too broh.” And, it starts when “you receive a letter from Schmoopi Doopy”.

The second, as highlighted in the accompanying images, is – as you’d expect – a tribute to the show’s Real Fake Doors commercial – you know, an advert for doors that looks real, but don’t go anywhere.

The Real Fake Doors Skyrim salesman, who can be found in a little hut southeast of Markarth in-game, and kicks off the quest, even mirrors the show’s, calling out: “Hey, are you tired of real doors cluttering up your house? Where you open ’em, and they actually go somewhere? And you go in another room?” 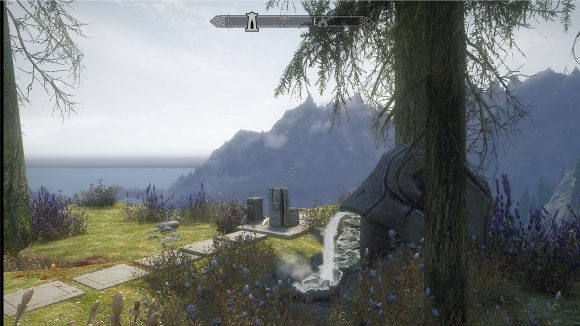 The modder advises this second quest is “extremely short” – but they also say they’re open to suggestions on how to improve on it, so perhaps we’ll see it expanded on later on.

If you’re keen to get stuck into some Rick and Morty shenanigans, Skyrim-style, head over to Nexus Mods here to grab it. As ever, take a note of the modder’s instructions to get it running smoothly and mod at your own risk!