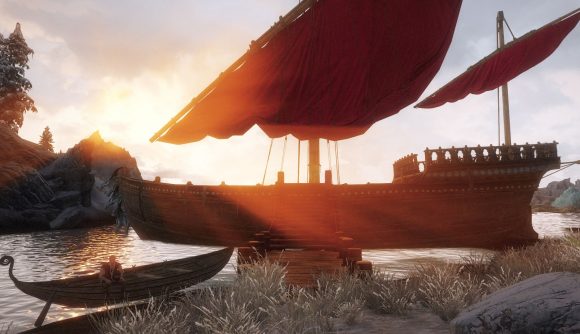 Good news, Skyrim fans – one of the RPG game’s coolest player home mods has just got a shiny new update. Thay S/Dovahkiinathay’s ‘Sea Dragon’ mod – which gives your Dragonborn a ship to both live and sail around Skyrim’s shores in – has just been given a 3.0 version, which means new features (and adventures) await.

“Sea Dragon is back with some new features and finally the way I always wanted it to be,” the modder says on Nexus. “This ship can be used as home and you can travel to many locations across Skyrim and Solstheim,” they explain, highlighting on the page that you can bring your friends and family to join you as crew aboard the mighty ship. Locations you can head to include Solitude (where it’s initially found), Windhelm, and Dawnstar, as well as Tel Mythrin, Raven Rock, and Skaal Village once you’ve finished up the Dragonborn DLC quest.

As for the ship itself, well, it’s a luxurious affair. The ship features a lovely master bedroom, four bedrooms for your crew (two of which can become children’s rooms if you like), and a space for your crew of up to 12 to hang out in.

Additionally, there’s an office-like space for all your booty and knick-knacks, with storage for your dragon masks, dragon claws, and other items, a training room, plenty of racks to house your weapons, and even a prison. You can send your foes there, if you so choose. Gulp. 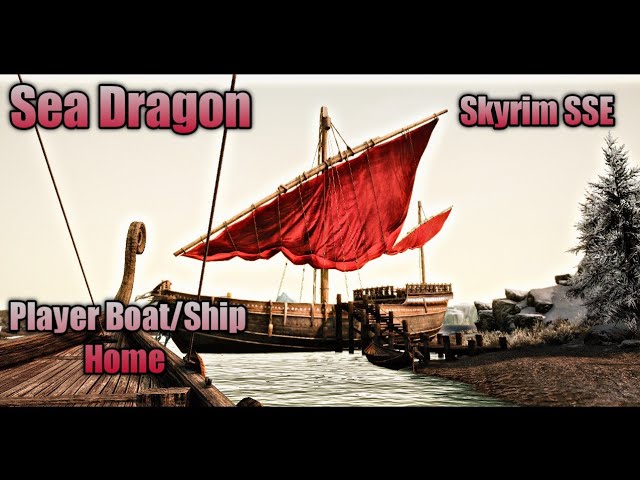 The Sea Dragon is a glorious thing, as you can see in the showcase clip of the mod above, and helps brings a dash of Sea of Thieves and adventures on the high seas to Tamriel’s frostiest region. If you’re keen to grab the new 3.0 version, head to Nexus Mods here. As ever, mod with caution, and be sure to take a peek at our rundown of the best Skyrim mods on PC.