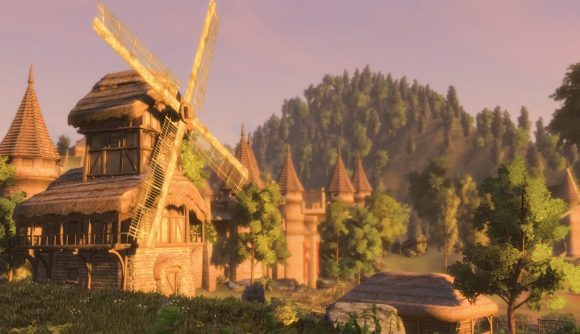 I continue to believe, despite continual compelling evidence to the contrary, that Oblivion is the best open world RPG Bethesda has ever produced. I recognize that this is mostly because it came out at a time when I still had hundreds of hours to pour into a single game, but Cyrodiil is still the corner of Tamriel that’s most memorable for me.

Luckily, Skyblivion is still coming to bring the Cyrodiil experience into a game whose faces look human and whose leveling system is significantly less broken. The Skyrim mod has been in development since 2012, but the modders behind it have just launched a new teaser trailer and say in the description that “the end is almost in sight.”

The trailer showcases some of the recent additions to the mod, including wild animals roaming the countryside and a whole bunch of fresh 3D assets across the board, all of which gives the footage an impressive feeling of life. Quests have also made “great progress,” but there’s still plenty of debugging work left to do.

Alongside the trailer, the developers have also run a livestream showcasing a bunch of direct gameplay footage, if you’re interested in a more longform look at Skyblivion.

Or you can get the short version in the trailer above.

The devs still haven’t nailed down a specific release date – which given the history of most of these mod projects, is probably for the best. There’s still coding and art left to be done, but against all odds it seems Skyblivion is actually edging close to launch.