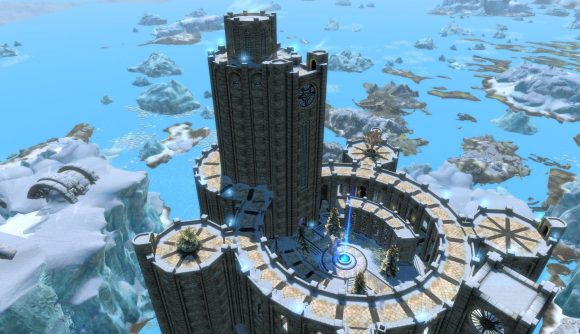 Some of the best Skyrim mods out there overhaul elements of the RPG game’s world to make them even greater than they were before – for example, two hugely popular mods that expand the College of Winterhold into something truly spectacular. Now, you can double up the effect of these two fan-made creations, thanks to a new mod that fuses them into one seamless experience.

TheMayor897 has unveiled their brand-new “Ultimate College of Winterhold” compilation patch mod on Nexus Mods, which essentially makes Grantyboy050’s ‘Immersive College of Winterhold’ and SomethingObscure’s ‘College of Winterhold’ overhaul mods compatible, able to run alongside each other harmoniously. The creator says they designed the patch by making one of these two creations the “base” for each of the mages’ college’s rooms, then taking “certain features” from the other to fold into those rooms.

“The only exception to this is the college courtyard,” the modder explains, “which uses a combination of both as a base. All new rooms added by each mod remain mostly unchanged (Lustratorium, Hall of Acumen, etc.)”

The breakdown of these rooms according to which of the two mods they use as a “base” is as follows: the Arch-Mages’ Quarters, Hall of Countenance, Hall of Attainment, and the Midden use the former (‘Immersive’), while the Hall of Elements, Arcanaeum, and Midden Dark use Obscure’s version as a blueprint. 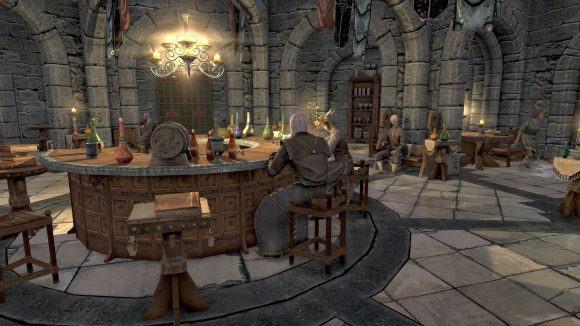 Additionally, NPCs’ schedules use the ‘Immersive’ mod versions as a foundation, with a few tweaks to slot everything in with the patch’s new college layout. From the images shared on Nexus, the final, fused result is hugely impressive, bringing together the two community creations’ features together in a wondrous mash-up.

If you’re keen to bring the best of both worlds together to experience the ultimate overhaul of Winterhold’s college in Skyrim, you can find TheMayor897’s patch at Nexus Mods here. It’s worth noting there are some important instructions around getting it up and running, so be sure to take a look at their information on the mod’s page (and, as ever, mod with caution!).