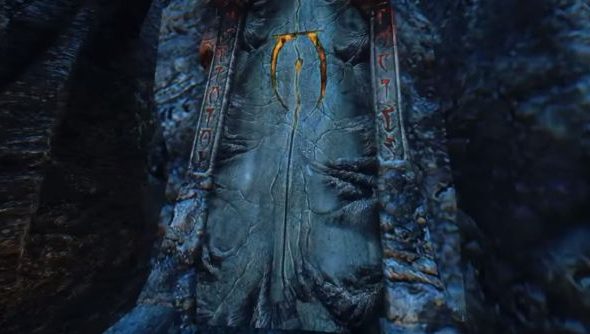 ‘Those old Bethesda games, but in this new Bethesda game’ mods are often talked of but rarely seen, brilliant pipe dreams that simply require too much effort, time and skill to pull off before a team of volunteers run out of steam. The TESRenewal Project has been the most successful so far. Skyblivion is a spin-off of that and the internet is filled with lovely videos of its incredibly beautiful landscapes.

Here’s what the Shivering Isles and Oblivion Realm look like spruced up:

Cor. As you can see, there’s plenty still to do, but the world is there and intact. The highest priority and current project right now, according to this thread, is navmeshes – lines of code that tell NPCs where they can and can’t walk and how their collision works. It’s why none of the NPCs in the above video are wandering around, and why some of them are stuck in odd places.

Here’s another video from the same channel, featuring the Imperial City:

If you want to get involved in the project, there’s plenty that needs doingbut they’re looking for the best work possible. You can grab the development ESM (which people are currently improving and was used for the above videos) here. TESRenewal has other stuff in the works, Skywind being the most well-known. It’s looking for volunteers here. Meanwhile Morroblivion, which put Morrowind into Oblivion, has released versions already.

Check our guide to the best Skyrim mods 2015