After almost having my head chopped off at the executioner’s block, I was faced with my first major decision: Stormcloaks or Imperials. This was an easy choice, as the Stormcloaks quite literally wear dead animals at all times.

In fact, after equipping armour to fulfil Skyrim’s tutorial, I immediately stripped naked. All armour in Skyrim requires leather strips to craft, and as a vegan, leather was a definite no-no. I also eschewed a steel sword in favour of Destruction magic. I would not succumb to the anti-vegan sentiments of Skyrim’s exploitative blacksmiths. This was to be the hard life of Joaquin, a high elf going vegan in a world without the online recipes and pop-up restaurants to accommodate it.

The bear that inspired me to attempt this playthrough, one of Skyrim’s first encounters, appeared shortly afterwards. He didn’t share my pacifist sentiments and attempted to rip my head off. I didn’t yet have a Calm spell at my disposal, so opted to run away as quickly as possible. The bear would have to settle for eating the spiders that I also avoided on my way out of the cave. Sorry, spiders, but it was you or me.

By this point I was low on health and without any potions. I chose not to pick up any of the tinctures that I found in Helgen Keep because I couldn’t be sure what was in them; it’s a well-known fact that animal products such as blue dartwings and charred skeever hides are often used to make cheap health potions, after all. 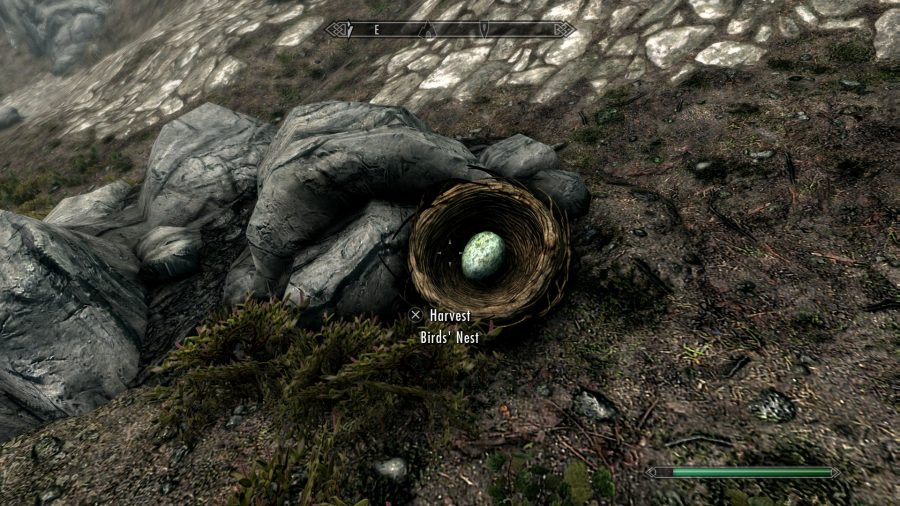 It quickly became apparent that the whole field of alchemy was closed off to me. After killing some Draugr in Bleak Falls Barrow, I almost tested out some bone meal in order to check what kind of potions it could be used in, but caught myself. Human products are animal products too.

souls aren’t corporeal and therefore not an animal product, right?

Balgruuf then sent me to kill a dragon. This is a mandatory part of Skyrim’s main quest, so I was conflicted. Could I stand by and watch Irileth and her troops bring the dragon down? Or would it be more merciful if I joined in to make sure that it didn’t suffer? I even Googled, ‘Are dragons animals’.

Turns out there’s no concrete proof either way, given that they’re not, y’know, actually real. So, every time I killed a dragon, I just thought to myself, ’It’s alright, this isn’t actually real’. I ended up killing loads of dragons, all of which I justified this way. 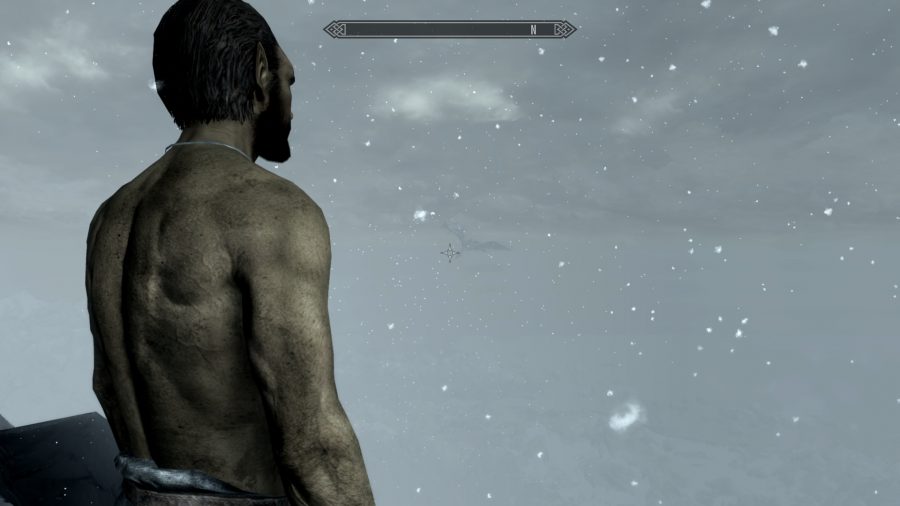 Then comes the question of consuming the literal souls of dragons: souls aren’t corporeal and are therefore not really an animal product, right? Also, soul consumption is an involuntary act, so what am I supposed to do?

Curious to see other virtual vegan endeavors? As it turns out, it’s possible to be a successful slime rancher while simultaneously adhering to the tenets of veganism. It may not be easy, but operating an ethical farm is more than worth the extra legwork.

Although Wood Elves have a natural ability to command animals, it turns out that doesn’t predispose them towards veganism. As Eric of Guis puts it in the Pocket Guide to the Empire, “They are exclusively and religiously carnivorous. They cannot, or will not, eat anything that is plant-based.” This information just furthers my belief that commanding animals with magic is absolutely unethical, as is using illusion spells based on fear. The only acceptable way to deal with a hostile animal is to calm it down or run away screaming for help.

And so that’s how it went for me for a large portion of the game. Yelping at the sight of wolves, frantically sprinting from skeevers, trying to free a goat from certain death and almost damning myself to its fate instead.

Read more: Skyrim is one of the best RPG games on PC

How I ever got to Alftand is beyond me, but it was there that my spell-casting arms – not just my legs – got a workout. Dwarven Spiders are machines, not animals, so I felt no remorse as I scorched their metal bodies and watched them flounder in the heat. 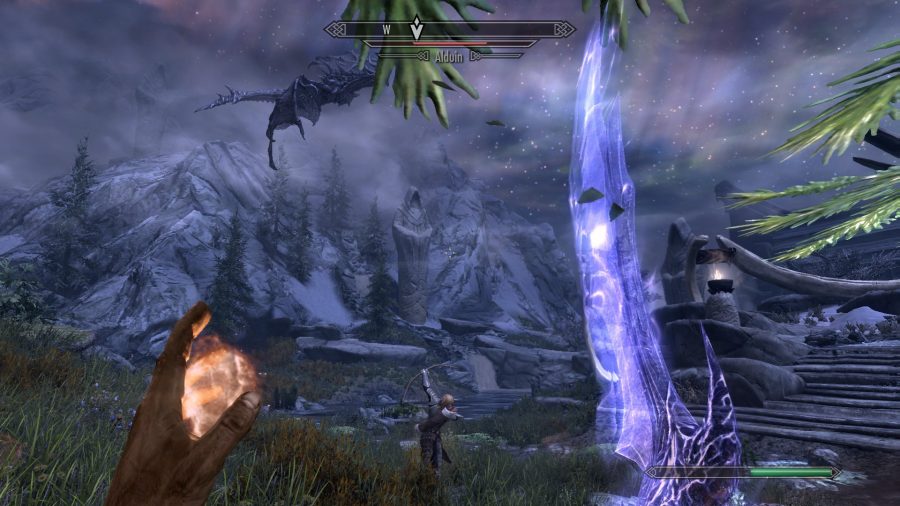 By the time I arrived at Skuldafn, I had realised something else; I couldn’t use normal weapons, but bound weapons are not made from metal or leather. Unsheathing a bound sword, I laid waste to an army of Draugr and defeated the Dragon Priest tasked with guarding the gate to Sovngarde.

I jumped into the portal, wearing my very first piece of apparel that wasn’t a piece of jewelry: Nahkriin, a metal mask enchanted to give you 50 extra points of Magicka. Now Alduin, and all of Skyrim, would know that it’s more than possible to be Dragonborn on a plant-based diet. Supplemented by the occasional soul, of course.