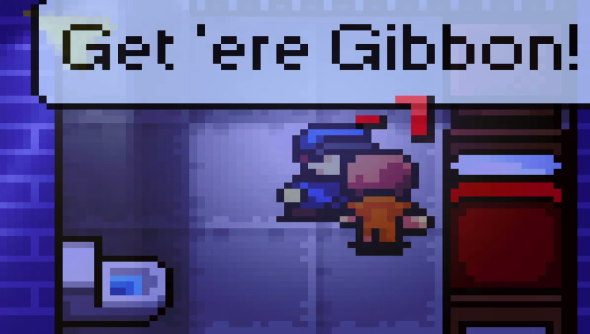 You can plan elaborate escapes in The Escapists: One way is to carve a hole in your cell wall with plastic forks stolen from the canteen. (Not forgetting to craft a bed dummy from a sheet and a couple of pillows so your bed looks occupied to any patrolling guards.) Then you can dig out into the yard with a trowel taken from another inmate. Finally, using a nail file, cut your way through the outer fence to freedom.

Or, you can be more direct: I broke out by crafting a shank and killing guards until the warden got sick of me and opened the prison doors to let me go free.

I sat down with the Escapists’ creator Chris Davis to talk about how he captured breaking out of a prison.

At first glance The Escapists looks like Introversion’s Prison Architect, you’ve a top down-ish view of a cartoon prison. There’s cell blocks, canteens, craft shops, and prisoners bustling about. Except, you aren’t managing the prison, you’re controlling one prisoner among the throng.

You can search cells for crafting, chat to prisoners and guards, go to the gym and work out or brush up on your smarts at the library. If you know the recipe you can combine items from your inventory into new objects. A hairbush and a razor blade becomes a simple shank. Duct tape and a magazine? A poster to cover the hole in your cell wall.

Using whatever you find and craft you must find a way to break out of each of The Escapists’ five prisons.

You can see The Escapists’ prisons as puzzles where you’re trying to solve each of its obstacles to the outside – how do you get the tools you need to break through the wall of your cell? How do you get the guard’s uniform to get by the tower guards? How do you cut the power to the electric fence? But there’s no one way out of a facility, instead each prison is a sandbox of patrols, defences, and contraband.

The prisons are like the sandbox levels in the early Hitman games. There’s a single goal but you’re free to achieve it however you’re able.

“I watched all the prison films I could find, and all the shows, documentaries on prison escapes, all the things on Google on how people can and have escaped prison,” Davis says. “I picked the best things that would work in the game.”

You can copy Clint Eastwood’s breakout in Escape from Alcatraz and chip away at the vent to break out your cell, hiding the hole with a fake vent made from papier mache. Or, copy Andy Dufresne and hide your escape route with a film poster. One level has trying to break out of a Mexican desert prison that’s lifted from Prison Break.

The Escapists’ wealth of breakout methods can be overwhelming at first: there’s so many items but no instructions on how to turn them into an escape device. Davis admits he’s been criticised in the past for not giving enough information to players.

“I grew up with older games where they didn’t tell you everything, they just gave you an idea of what to do,” he explains. He’s tried to capture that piecemeal hint system with The Escapists’ crafting notes. “If a player finds a note for a vent cover then they’ll realise you can cut away the vents and get through them.

“I used to play Spectrum games with my mate, in the Dizzy games in particular. We used to get stuck on that and we couldn’t go on Google. We were nearly in tears. He was phoning up his brothers and trying to find out how to do it. When you actually pass it you feel like it’s an amazing achievement.

“There’s not enough of that in games.” 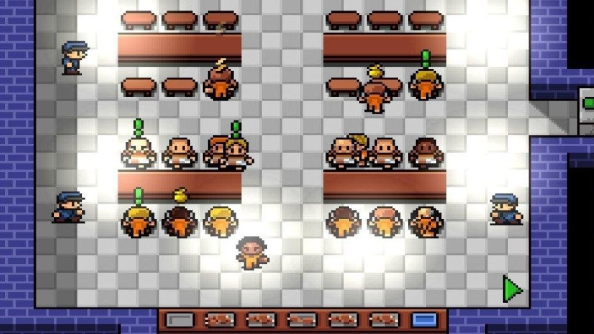 “A lot of it’s from the layout,” Davis explains how he made each prison a challenge. “Where you put the fence, where you put the supplies, where the timber areas are – players need that for digging – or where the metal shop is. You’ve several layers to play around with, too. You’ve the vents, the ground floor, and underground.”

It’s not just the layout, though. As you work through The Escapists’ five prisons the outer fence will become electrified, then the land on the other side of the fence will be mined, eventually you won’t just need to break out of the facility but also forge documents and steal a uniform to get through the guard hut blocking the one road out of the prison. You’ll have to come up with ways to bypass all these obstacles, using your old crafting recipes in new ways or, when that fails, experimenting with items to make something new.

You can’t plan for everything, however. Davis’ prisons are regimented with daily schedules and guard patrol patterns which you’ll need to plan around but there’s a splash of chaos, too. At any moment a fight can break out between guards and inmates. “If you see the inmates jump a guard and get him down to low health, what’s stopping you joining in?” Davis asks. “The warden might open the door for you, saving you all the bother of the big escape plan you’ve put together.” 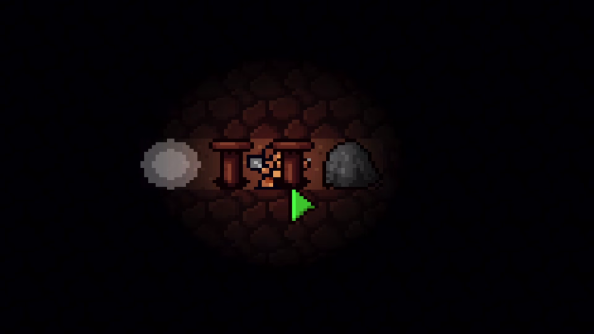 Early Access taught Davis that even the easiest prison had to be made more difficult. “Players would run into the canteen, get a load of knives, cut the fence and that was it,” Davis tells me. “Three minutes it took.” He added a guard tower with a sniper rifle-armed sharpshooter. That slowed the players down.

The Escapists’ players are becoming masters of breaking out of whatever Davis can throw at them. “I think people like the challenge of it, learning how the system works,” Davis says.

“Games are all trying to be big and open at the moment and I’m trapping them in.”

The Escapists will be breaking out of Early Access on February 13. Until then you can read Steve’s Early Access review.