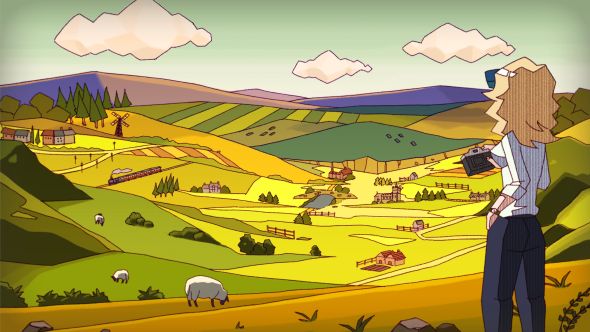 Swery, the creator of Deadly Premonition and D4: Dark Dreams Don’t Die, has announced his new game. The Good Life is a “twisting, mysterious” murder mystery set in the idyllic, English countryside town of Rainy Woods.

You play as Naomi, a reporter from New York who moves to Rainy Woods to document the town, selling her photos to newspapers in America in an attempt to pay her massive debts. Not long after she moves to Rainy Woods, Naomi discovers the body of a young girl, and attempts to solve the murder during her time in the village.

All is not as it seems in Rainy Woods, however, and every night Naomi, along with everyone else in the village, transforms into a cat. This opens up new means of interacting with the villagers, as well as new routes around the map – access to attics and rooftops is only available in your feline form.

You progress through the game by paying off your debt and befriending the villagers to find out more about the murder. As well as sending your photos back to New York, you can do odd jobs around town to make more money. It’s not until you pay off a certain amount of debt that you start to learn more about the mysterious world of Rainy Woods.

The Good Life is being crowdfunded through Fig, with funding tiers ranging from $25 all the way up to $34,999. The Good Life is currently expected to release in Q3 2019.