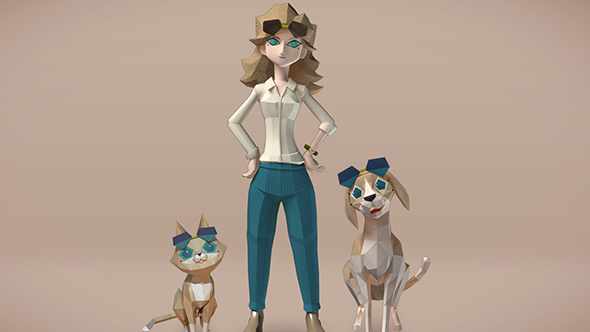 Swery is known for making some very strange games. Deadly Premonition is pretty sincere in its portrayal of a cast of weirdos, but D4 went all-in on the insanity. The Good Life seems to be somewhere in the middle, with a zany cast of villagers that turn into either dogs or cats at night, depending on which version you buy. The protagonist ends up with the same ability, and now we (sort of) know why.

Have a look at the best indie games on PC.

As a new Q&A on the game’s Fig page explains, “the player can also turn into a cat or a dog for one week each month (during your period) and explore the town at night. These parts will feature a completely new and fun style of gameplay.”

Yes, the main character – a New York photographer named Naomi – is a woman. During her period, she turns into a cat or dog. What could make more sense?

I’m racking my brain for another example of another game that features menstruation in any meaningful way, but I’m not coming up with anything. Even life simulator like the Sims haven’t touched the topic, despite being built around all sorts of other, sex-neutral body functions.

I’m not sure if there’s actually anything to be offended over here, but it’s definitely weird to have gaming’s first notable set of menstrual cycles be directed by a dude. Assuming, of course, that The Good Life meets its funding goals, which is currently a big question.