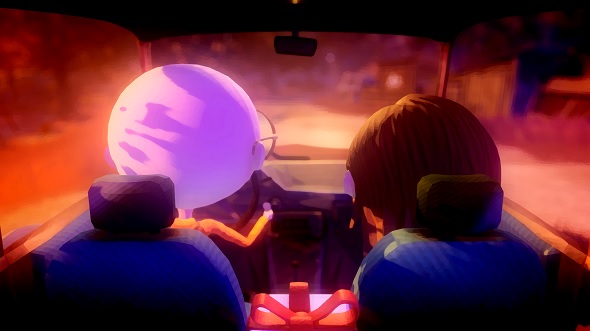 I hoped That Dragon, Cancer would be the videogame my mother finally connected with. As she lost my brother when he was only two years old, I thought she’d be able to see the potential of the medium with that context; through a game that reflects her own experience.

If The Last Day of June holds up it might end up on our list of the best adventures games on PC.

But her first reaction was one of disgust – her logic being that games are light entertainment and can’t possibly tackle such a heavy topic. As I played through it, however, her watching behind me, she slowly began to realise that games can be about real-life tragedy and not just shooting people in the face.

That initial reaction in my mother is what Massimo Guarini, the director of Last Day of June, is up against. He’s trying to find a way to break through it. That’s why Last Day of June was presented as if it was a piece of cinema at the preview event I attended; the developers playing it on a large screen, the rest of us watching it with popcorn in hand. 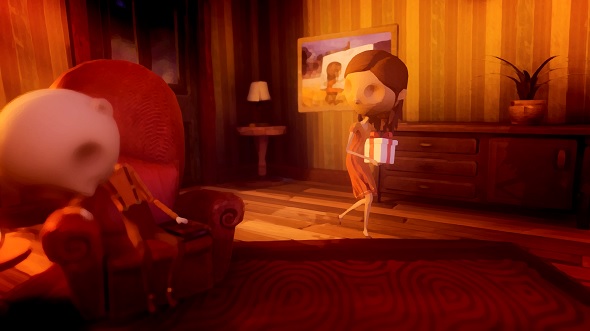 The first thing I learned is that the title of the game is a cruel pun. Not only does it refer to the single point in the calendar the game pivots around, it swells with pathos when you learn its other meaning: June is the name of the protagonist’s wife, whose death day he relives, over and over.

Carl is the poor chap’s name. By the time you meet him in the game he’s wheelchair-bound, having survived the car crash that killed his beloved. Alone in his house, he’s surrounded by painful memories that he now keeps behind locked doors. It’s all rather sad.

If this reminds you of the tear-jerking opener to Pixar’s Up then you’re right on track – Last Day of June is primarily concerned with love, loss, and the lengths we go to for the people we care about. But it also pulls from another cinematic classic: Groundhog Day.

When June was alive she was an avid artist. She had her own atelier in the house where her paintings of the village neighbours still sit on easels. After her death, Carl discovers that these paintings allow him to travel into the past, back to the day of the car crash. He uses this to try to change what happened to his wife, to prevent her death. But there’s a catch. 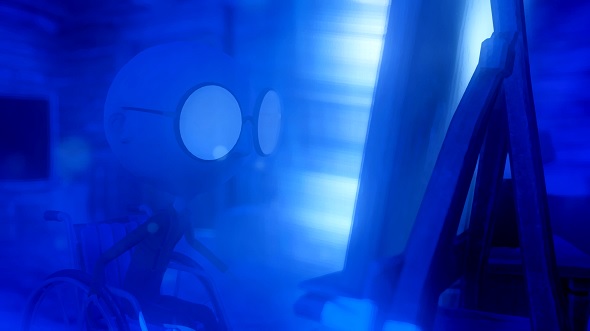 Turns out, Carl can only experience that fateful day once again through the eyes of the neighbour depicted in the painting he travels through. There are four characters he can embody in total – a young boy, a middle-aged woman, a keen hunter, and an old man – and so the task the game presents is to change the course of these four people in such a way that the car crash is averted.

This setup could easily become complex and knotty, with intertwining timelines, time-travelling, and the consequences of changing the past to consider. But Guarini is determined to ensure the puzzles are simple and intuitive.

His grand vision is that Last Day of June appeals to people who usually dismiss videogames as a distraction for children. He wants them to find in it a story and characters they can properly care about, and for them to recognise their expressions of pain and rapture. “I normally get my inspiration from human emotions,” Guarini tells us. “I see emotions as a universal language.”

Guarini has felt this way since Journey came out in 2012, which he sees as a turning point for videogames as a whole, because it had so many players engage with each other on a more tender level than usual. He wants in on that, especially as he’s getting older and has his own family to look after. Having worked in the videogame industry for over 15 years, on titles such as Shadows of the Damned and Rainbow Six 3, Guarini has had his fill of virtual violence aimed at teens. 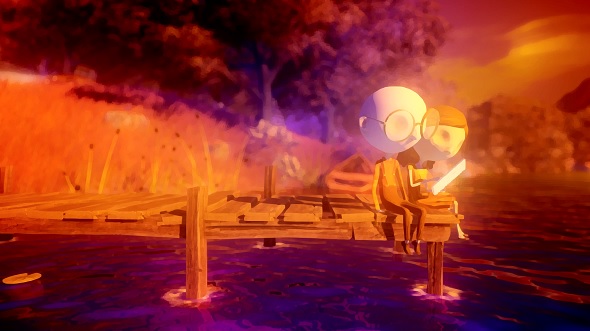 It’s why he moved back to Northern Italy and founded Ovosonico, where he now works on his games with his team, overlooking a large serene lake. That lake appears in Last Day of June as a symbol of quietude where June and Carl spend their last happy moments together. As Guarini is looking to attract new audiences, the game finds meaning and depth in its visuals rather than mechanics – which only show themselves as single, contextual button presses.

The game’s painterly look is inspired by the animated music video for songwriter and guitarist Steven Wilson’s “Drive Home.”In fact, the whole game is based on the story and emotion Guarini perceived in that song and its video.

Which is why Guarini asked Wilson to be directly involved in Last Day of June. Wilson was only familiar with games through well-known titles such as Grand Theft Auto and Call of Duty, and had a similar reaction to my mother’s when approached with the idea. But Guarini won Wilson round by showing him that there was more to games than blood and bullets. “You cannot dismiss music as a whole, same with films, so why can you do that for videogames?,” Guarini says.

Wilson has since given Guarini and his team access to his whole discography, to use as they like in Last Day of June. His music not only features throughout but, in a way, directs it. The colours and scenes that Guarini sees when he listens to Wilson’s songs have shaped every part of the game.

A telling moment is when Carl picks up a flower and plays ‘She loves me, she loves me not’ with the petals. It’s an optional interaction which, like every other interaction, has what Guarini deems “both emotional and actual consequences in the game’s world.” Piano and strings swell during these smaller interactive moments to give them the full gravitas that Guarini felt when coming up with them. You can’t help but be drawn in, filling in the smile for the game’s mouthless characters.

Last Day of June is, above all, a game conducted by the rhythms of human emotion. What’s clear from what I saw of it is that it wants you to feelit and not just interact with it. That’s why it will likely be the next game I’ll deem worthy to show to my mother.

Last Day of June comes to Steam on August 31st.