The Last of Us Part II is on its way to PlayStation 4 imminently, much to the excitement of fans. PC players, however, never got to experience the melancholy world it takes place in. Sadly, we can’t convince Naughty Dog to put the original on PC, and the devs have stopped replying to our emails petitioning them to do so. Which is rude. But what we can do is give you a list of PC games that are akin to the classic zombie game for your survival pleasure.

Of course if you really want to play The Last of Us, you can just do that, but these titles have specific things about them that might appeal to you for individual reasons.

It’s unlikely, unfortunately. The Last of Us is a system seller for PS4. However, if you don’t have one of Sony’s consoles to hand this list of games you can play on PC that are like The Last of Us should sate your appetite. 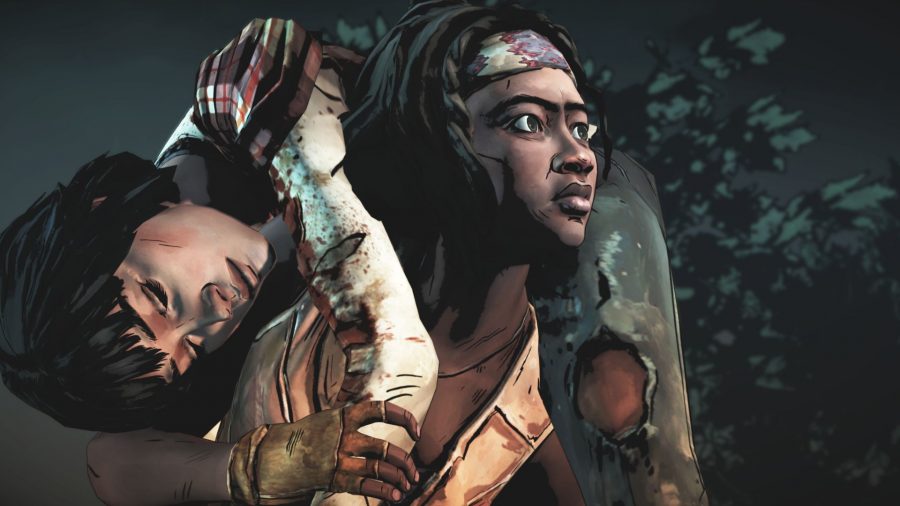 This entry comes as a surprise to no one as it’s a narrative heavy, emotionally loaded zombie game. But The Walking Dead series is a great way to scratch the less violent itch The Last of Us’s down time delivers. Zombie games are frequently about kill counters – we’re looking at you Dead Rising – but when it comes to survival and making those all important decisions between life and death, it’s not all run and gun. Starting all the way back in 2012 with its first season, The Walking Dead had four main releases of the game appear, submerging us back into the dystopian world those characters live in at pivotal moments of their story. A beautifully made game, it has a similar spirit to The Last of Us – it’s not violence we take pleasure in, it’s survival.

I know we said The Last of Us isn’t always about the violence, but, like, come on – sometimes you want it to be all about the violence. Left 4 Dead and Left 4 Dead 2 (but especially 2) take that scary hoard of zombies you want to avoid, and make it impossible to sneak past them. The multiplayer makes you churn through hundreds of the damn things, but it’s the zombie classification you’ll be doing that feels similar to The Last of Us.

Naughty Dog’s game makes you look at a zombie and work out what action is required: ‘Ok, it can’t see therefore I have to be super duper quiet and lob this bottle over that way to distract it’. Although Left 4 Dead doesn’t require quite the same thinking, per se, when you see a zombie you need to know what makes it tick – and in the case of hearing a Witch, that means running for the hills. You have to consider the best way to get through your enemy, just as you would with The Last of Us. Left 4 Dead is just a little more unashamedly gory about it. 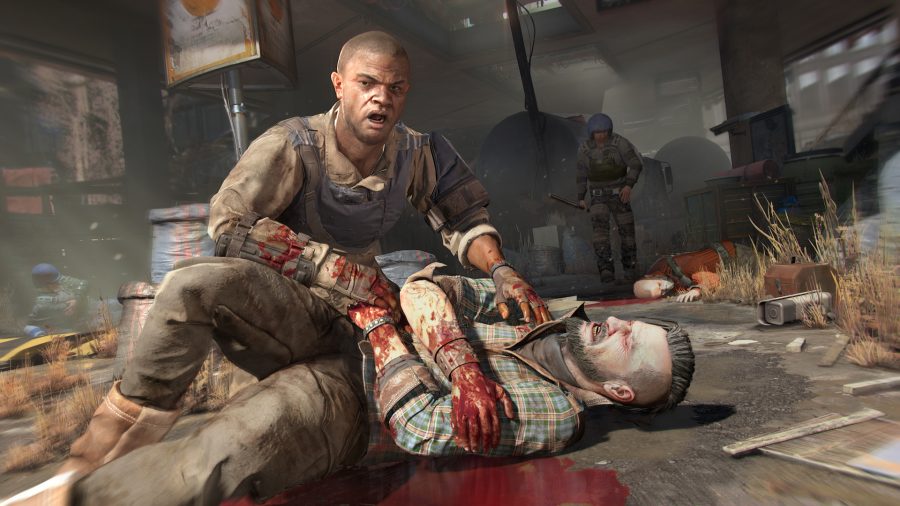 Ok, ok, ok: imagine The Last of Us, right, but make it Mirror’s Edge. Zombies and freerunning aren’t two concepts we’d regularly put together, but hey, why not try something new? It’s a freerunning zombie survival game wherein, if the sun goes down while you’re still out and about, your chances of survival plummet. In The Last of Us, when you’re pitted against a zombie, it feels monumental. Dying Light (and it’s forthcoming sequel, Dying Light 2, pictured above) lets you shove past the majority of the undead, sure, but fighting even one with a sledgehammer is still difficult and your character’s strength feels barely enough to finish the job. Dying Light makes you prioritise when you have to engage, disengage, or flee, and sprinkles in humans you have to kill, just like The Last of Us. People seem to really hate each other when the world starts to end, huh? 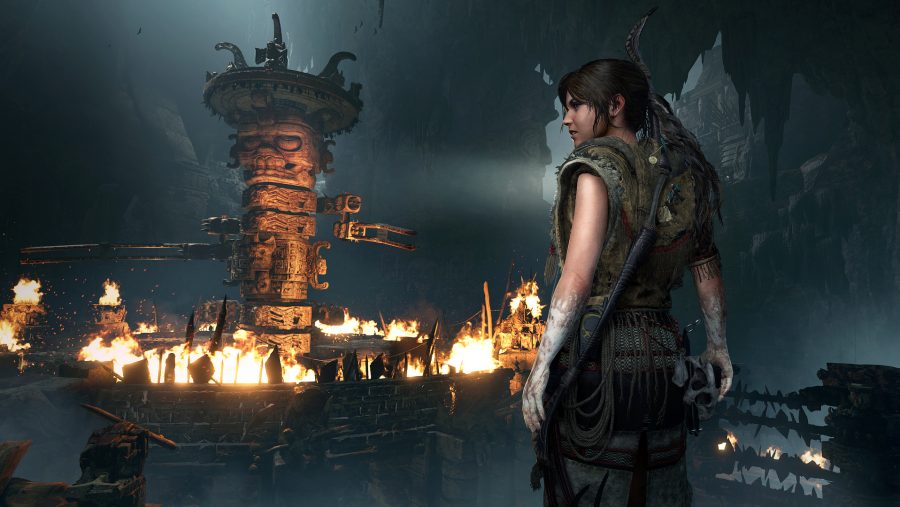 Shadow of the Tomb Raider

This is the first non-zombie game on our list, so we feel like we have some explaining to do. Shadow of the Tomb Raider, might be the closest you can get to the visual impact of The Last of Us. A world of cascading vines and beautiful ruined buildings is at least part of the reason The Last of Us was so successful. It’s still gorgeous, even now. But there are, of course, other similarities between these games. A female protagonist who can shoot a bow for one – although please don’t get us going on why Lara Croft is terrible at archery. It’s a whole deal, just trust us. Also, all that sneaking around and picking off burly male enemies as you go. If you liked the play style of The Last of Us’s zombie drama, this is a good way to get a similar feeling. 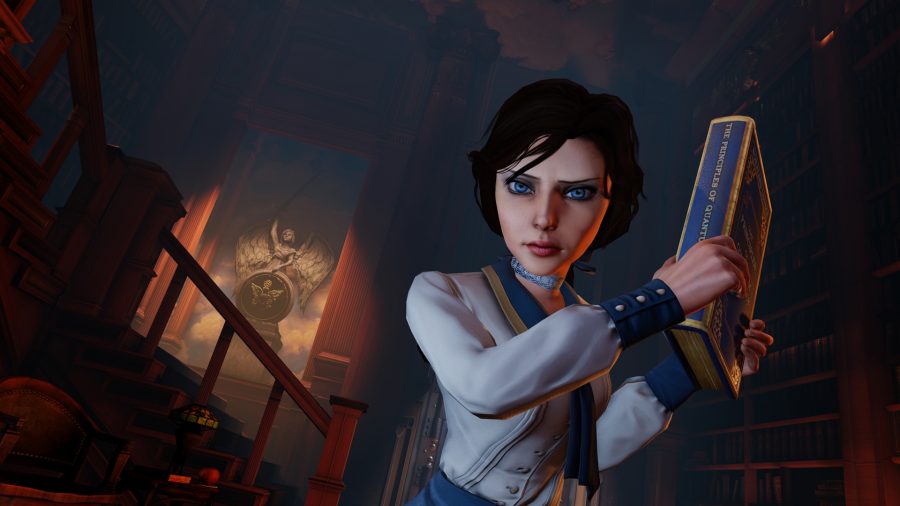 We had to mention at least one Bioshock game, and although it may not be considered the best in the series (if that’s your opinion, would you kindly leave?) Bioshock Infinite has a companion with whom you become quite attached in the long run. The Last of Us offers the comfort of working with someone your trust, at least for most of the journey. You aren’t just on this adventure by yourself, you’re here because of the relationship between Joel and Ellie. Bioshock Infinite is similar in that you’re Elizabeth’s welfare – for all her undeniable strength – must sometimes be your priority. Your fates are intertwined further than you could ever imagine.

The game’s linear levels are also pretty similar to The Last of Us, where you might start at point A and know to finish the area you need to get to point B. If you’re looking for a gunfight with a mysterious female figure by your side, this could be the alternative for you. 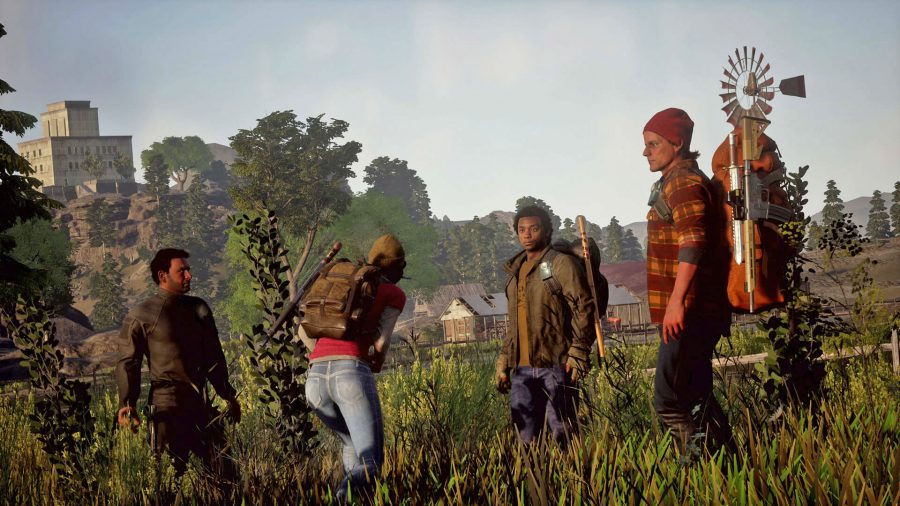 One piece of music that has always stood out for us is the theme from The Last of Us, a harrowing mix of guitar and violin which reverberates all the way into your heart. We can’t recommend listening to it enough: it hits hope, heartbreak, and horror all in a few strums. State of Decay (and State of Decay 2, pictured) has a very similar vibe when it comes to music composition, opting for acoustic strings and a spooky ambience. We can’t say it does the job quite as nicely as Gustavo Santaolla, but it certainly sets the tone of the game well. This is the most survival-focused game on the list – creating new outposts, while balancing resources gets you that little bit closer to experiencing a zombie outbreak in real life. 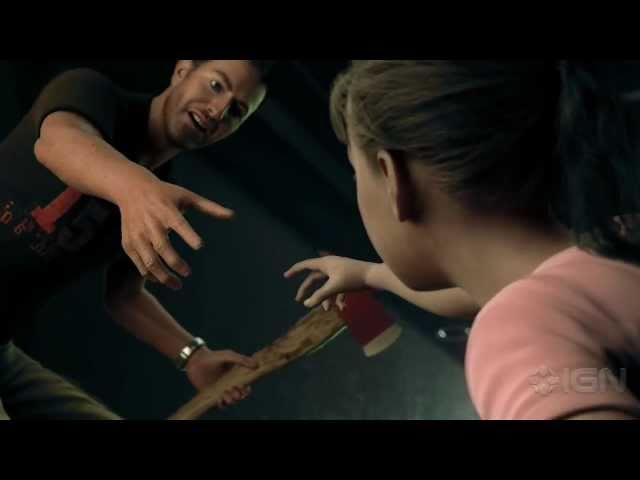 Hear us out. Yes, the game was a disappointing mess, but it also had one of the best zombie trailers ever made. We’re not suggesting you play the game – don’t, the team went on to make the far superior Dying Light – but the trailer above is something special, and almost exactly encapsulates the emotional beginning of The Last of Us. Watch that, have a good cry, and forget we mentioned the game at all.

So that’s about it! Six game recommendations, and one cheeky trailer, that we think get you just that little bit closer to playing The Last of Us. Go try them out if you haven’t already, and maybe if you’re still yearning to play the real deal, it might be time you complimented your PC with a PS4.

Consoles get some great exclusives these days (grrr!), but we’ve got some other game solutions up our sleeves, too. Can’t wait for Red Dead Redemption 2 to come to PC? We’ve got your back. How about a PC Pokemon alternative? Again, we’re here for you.