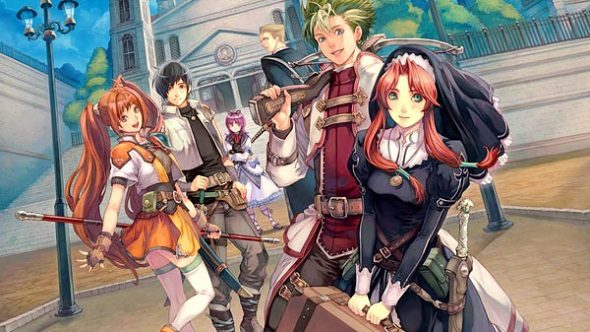 If you’re hunting for a new adventure, check out these top notch PC RPGs.

Releasing back in Japan over a decade ago, Trails in the Sky the 3rd is the final entry in this branch of the Legend of Heroes universe, following the ongoing adventures of Father Kevin Graham as he continues to gather ancient artefacts for the Septian Church. Widely regarded as the hardest Trails in the Sky game, players will need to draw on all of the combat knowledge they have gathered in the previous two games to succeed. For newer fans or those who just want to experience the story, there is the Easy difficulty option which makes battles a breeze. At the other end of the spectrum, veterans can play on the Nightmare difficulty, acting as the ultimate test of skill.

Taking place at the same time as the Trails in the Sky trilogy, Trails of Cold Steel I and II tasks players as Rean Schwarzer, a new recruit at Thors Military Academy who is being trained as part of the experimental Class VII. Released in 2013 and 2015, these are the latest entries in the Legend of Heroes franchise, with the original developer Falcom currently working on Trails of Cold Steel III. The port of Trails of Cold Steel I plans to add over 5,000 new voice lines, mainly to fill in the missing dialogue for main character Rean Schwarzer. In the PS3 and PS Vita versions of the game, Rean is mysteriously mute for the majority of cutscenes while the rest of the cast is fully voiced.

These additional voice lines are exclusive to the PC version as it is being developed independently by XSEED, so those looking for the full experience are best to buy it on PC. There is no confirmed release date for Trails of Cold Steel I and II, but expect more news later in the year.

Trails in the Sky the 3rd will be available on Steam, GOG and the Humble Store for $29.99/£24.99 on May 3. There will be a special 10% discount if you buy it during its initial week, so snap it up quick when it goes on sale.