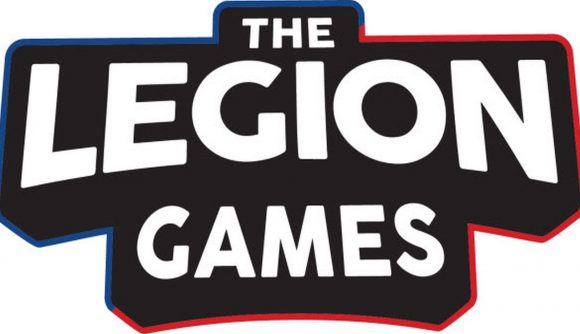 Today, May 8, marks 75 years since Victory in Europe – or VE – Day, the armistice that marked the end of World War II in the continent. To commemorate this milestone The Legion Games, a Royal British Legion initiative to support both serving and former members of the British Armed Forces, is launching a 75-hour series of Twitch livestreams, which will run throughout the bank holiday weekend.

Starting at 11:00 UK (06:00 ET / 03:00 PT) with a two-minute silence of remembrance, the stream will then see members of the Armed Forces community and influencers get together to play some great games and bring a whole lot of entertainment to your screens.

With representation from all three branches of the British Armed Forces, highlights include “a virtual flyover the Cliffs of Dover from the Royal Air Force’s RAF VGEA“, an esports tournament hosted by the Army Lions League, live war game play (with some history packed in) by military historian Dan Hill, and a bunch of game streams by The Legions Games. You can take a look the schedule below.

The main livestream will be hosted at The Legion Games Twitch channel here – but the organisation’s’ also calling on all other streamers, content creators, and players to join in by hosting their own stream dedicated to the VE Day anniversary, using hashtags #VEDay75, #PlayApartTogether, and #StayHomeSaveLives.

We’ve included a link to the livestream below, so you can watch it right here:

The Legion Games’ stream isn’t just about commemorating 75 years since VE Day, though – it also recognises the really important role videogames can play for both serving and former Armed Forces members and their communities, particularly given the ongoing situation around the world at this time.

THE COUNTDOWN IS ONNN!

Check out this awesome line-up with so many great streamers plus more joining up as we speak! Kicking off at 10am tomorrow on Twitch 👏👉 https://t.co/HDO4aCjzRO #VEDay75 #StayHomeSaveLives #PlayApartTogether pic.twitter.com/oelKpb0Wu5

If you’re a streamer or content creator keen to join in with the event, you can grab a handy community pack for free right here, which includes things like overlays, logos, and holding screens. There’s also a Discord server to join if you’re keen to know more about the event.

“As we face some of most challenging times since World War II,” Royal British Legion head of innovation and planning Jamie Bedford says, “it’s now more important than ever to come together to unite in recognition of all those who have given service to the nation, just as communities did 75 years ago.”