Poland is a well-represented country when it comes to game development. From CD Projekt Red’s bombastically ambitious RPGs to Techland’s Dying Light, to wonderful indie games like Frostpunk, Book of Demons, and Farm 51’s horror games like Get Even and Painkiller: Hell & Damnation, the Polish dev scene isn’t lacking. But amid all these Polish-made games, few have actually depicted Poland itself. The Medium breaks this unfortunate tradition beautifully, using the apartment at the start of the game to take a surprisingly close look at the country in which it was made.

In fact, right from the opening cutscene, which floats through Krakow’s Plac Matejki before zooming into Jack’s apartment, it’s clear that developer Bloober Team desperately wants to use worldbuilding to introduce us to a culture that’s been behind so many games yet rarely depicted itself.

Jack’s apartment is in a beautiful but poorly maintained building, built around the turn of the 20th century. Look out the window, and through the fog you’ll see the nebulous outlines of a monument harking back to arguably Poland’s most illustrious time in history: the Polish-Lithuanian Commonwealth’s victory over the Teutonic Order at the Battle of Grunwald in 1410.

The grand monument looks totally out of place against the drab brickwork of Jack’s apartment. It struggles to make itself seen in the complex time and place where it stands. Jack’s apartment, the building, the entire district quite possibly wouldn’t be standing, had the Nazis not nominated Krakow as their base of operations in Poland during World War II. 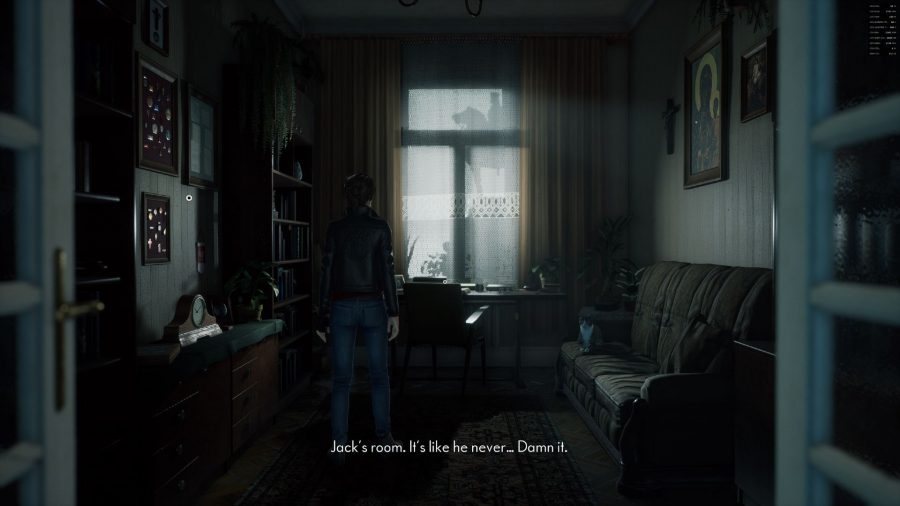 It’s rare to find this kind of authentic old-world elegance in other major Polish cities; Gdansk, Wroclaw, and especially the capital Warsaw were all decimated in World War II, and today their ‘old towns’ are in fact only around 70 years old, literally rebuilt from the ground up. Not so with Krakow, where Jack’s apartment gives a unique glimpse into a Polish past largely buried by the war and, subsequently, communism.

little touches take me back to visiting family and grandparents

On the one hand, the apartment contains many features that speak to its bygone grandeur; pretty parquet floors, double doors swinging into spacey rooms looking out onto the Grunwald monument, an impressive amount of space. During the early years of communist rule in Poland, it’s possible that housing shortages would have forced the government to cram a different family into each room of an apartment like this, all sharing the kitchen and bathroom. Alternatively, it could have been reserved for dignitaries of the communist party – a hypocritically bourgeois reward from a system that demonised the middle classes. 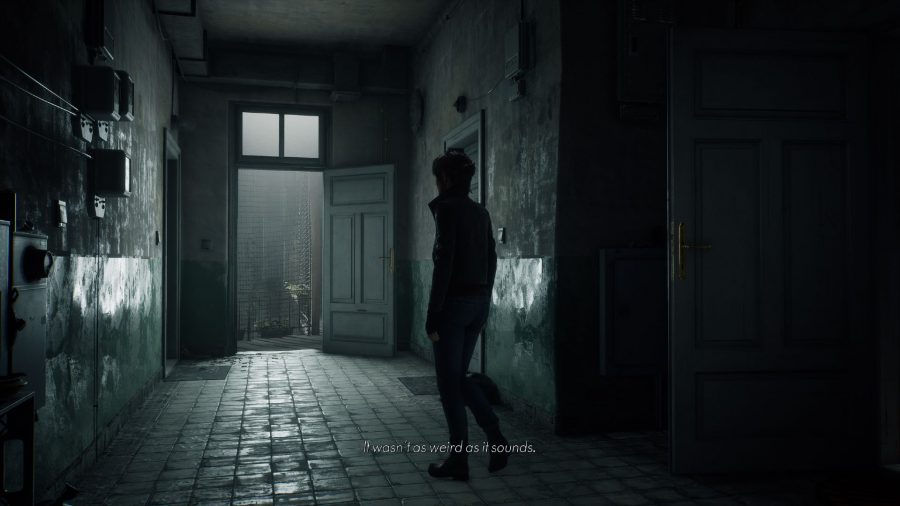 But the communist regime in Poland was an insidious one, and its tendrils are still visible in the apartment a decade after the fall of communism (The Medium is set in 1999 – a nascent period for Polish democracy before it joined the EU in 2004). The kitchen is murky and dilapidated, its cheap fittings and veneered units clashing with the elegance of the rest of the apartment. These are ramshackle reminders of the scarcity of late communism and its tendency to undermine Polish history. Black mould on the kitchen walls and damp communal corridors suggest that the building hasn’t been maintained in a long, long time.

Beyond that, there are little touches in the apartment that take me back to visiting family and grandparents in Polish apartments. Those intricately patterned, metal tea-glass holders… 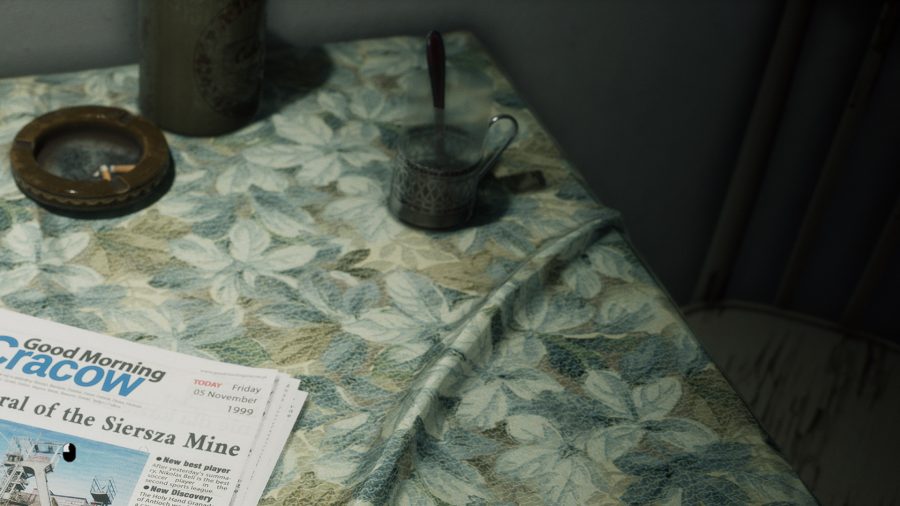 … the meat grinder, clamped onto the waxy plastic tablecloth of every octogenarian Pole. 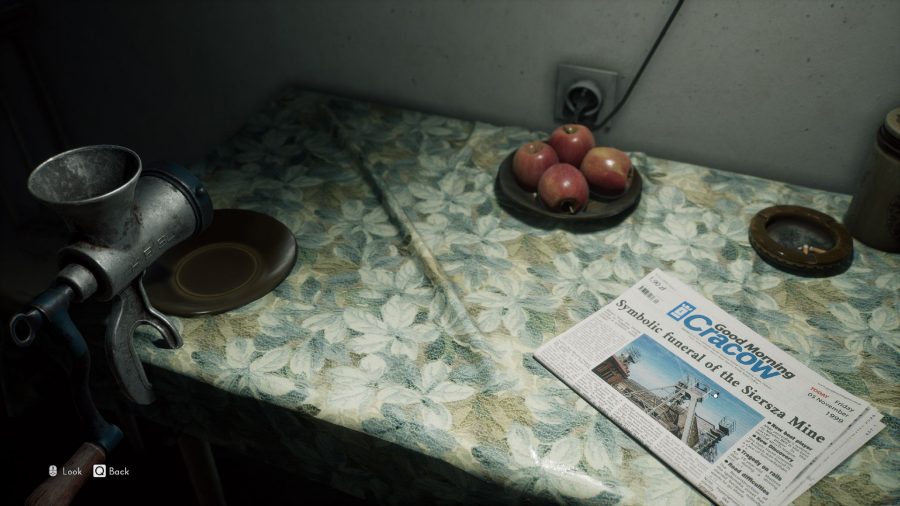 … the shrine on the wall dedicated to religious icons and symbols, speaking to the country’s infallible Catholic faith. This one in the centre is The Black Madonna of Częstochowa, one of the most revered icons in Poland.

… and that toilet, whose elongated shape suggests to me it may contain what I’ll eloquently describe as a ‘shit shelf’, which lets you investigate your droppings for any abnormalities before flushing them away (you’ll probably be pleased to hear these have long since gone out of fashion). 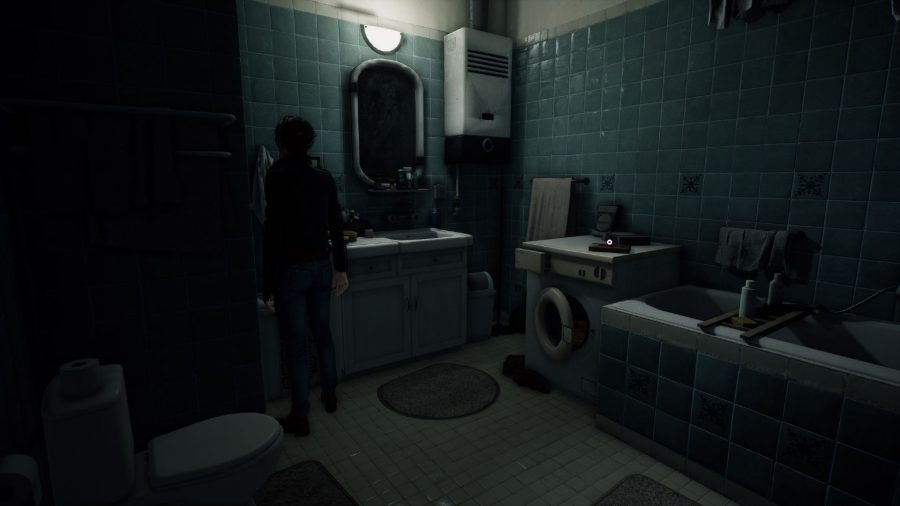 There’s something wonderful about seeing your cultural heritage – so familiar to you but obscure on a global scale – consecrated in videogame form. It does kind of raise the question of why this hasn’t happened sooner. Why have Polish developers, who are such a prolific contributor to the global game industry, been strangely shy about showing off their own heritage in games?

It’s a complicated question, given that Polish national identity has for centuries been muddied by the expanding borders and ambitions of ruthless neighbouring powers: Prussia through the 18th and 19th centuries, Nazi Germany and The Soviet Union in the 20th. 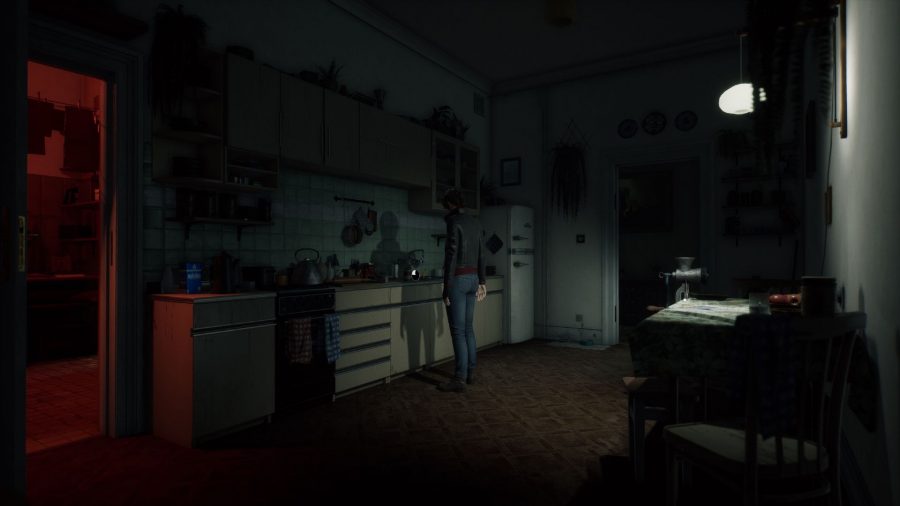 I’ve mused with Polish family and friends that Polish dishes like ‘ryba po grecku’ (Greek fish) and ‘pierogi ruskie’ (Russian dumplings) get credited to different countries, and why some of Poland’s most famous historical figures – Marie-Curie, Chopin, Copernicus – are best known by their French or latinised names. It’s a country that’s been reluctant to give itself credit where it’s due or even to represent itself, and it’s refreshing to see Bloober Team finally buck that trend, even in this modest way.

The Medium’s strong sales suggest that setting games in Poland isn’t some kind of commercial death sentence, which will hopefully inspire more developers to depict a country that’s contributed so much to videogames over the years, yet expressed so little of its own fascinating history and culture.