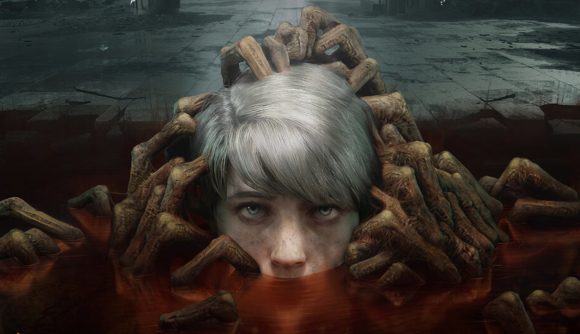 Bloober Team’s new horror game The Medium is just a single, short day away from launch. Ahead of its arrival tomorrow, the critics’ reviews have now started pouring in, giving us an idea of whether the eerie trip to an abandoned communist resort is worth your hard-earned pennies. Let’s take a look at those scores, shall we?

Write-ups so far put The Medium on the mid- to higher end of the scale, with the psychological horror fest sat at 73 on both the Metacritic and Opencritic aggregate sites, as of writing. However, the range of scores varies quite a bit, with some sitting a fair bit higher and lower on the scale than this point in their conclusions, as you can see below.

In PCGamesN’s The Medium review, our very own Jordan Forward scores the title a six-out-of-ten, concluding that “Bloober Team does well to keep things taut all the way to the end, but there’s a frustrating amount of untapped potential beneath its gameplay gimmicks and art direction”.

Jordan notes that “good storytelling and a palpable atmosphere carry you over the finish line and leave you with some memorable moments” in the game. However, he feels that “clunky gameplay occasionally makes reaching that point more of a chore than a joy, and it’s impossible to shake the feeling that more could be done with the dual reality mechanic and Beksiński’s artwork”.

Without further ado, let’s take a look at those The Medium review scores from across the web:

As you can see, the new PC game’s had a reasonably mixed reception from the critics so far. If you’re keen to dig into the reviews, you can do so via the links above, and you only have to wait until tomorrow if you’re excited to sample its frights for yourself.