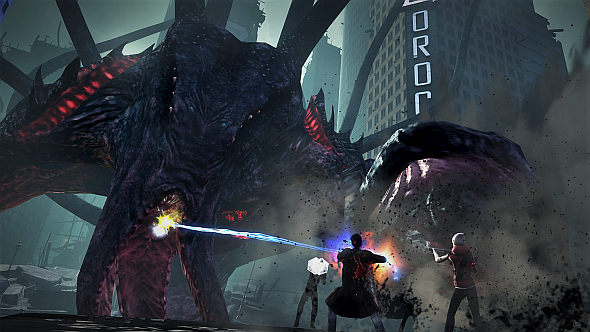 Funcom just launched Secret World Legends – a reimagining of their popular MMO. It’s out now through Funcom’s client, but you’ll have to wait until July 31 if you want to play it through Steam.

Check our list of new MMOs for more social questing.

Unlike most MMOs, which take players to fantasy or sci-fi settings, Secret World takes place in a contemporary setting, a twisted version of our own reality. Players travel the world in search of supernatural threats, taking down creatures from urban legends.

“From the ambitious scale of its storytelling to the quality of quest design and voice acting, Secret World Legends delivers an experience unlike any other you can find in gaming,” Funcom executive producer, Scott Junior, says. “It’s a captivating journey into the unknown with an adult setting and tone perfect for fans of deep, rewarding RPGs. And if you want, you can experience all of it with friends and strangers in this huge online world we’ve built. Or you can go at it alone – it’s completely up to you.”

While this reimagining contains the maps and dungeons from the original, Funcom have pledged to add to it. Not only will we be getting new Nightmare Dungeons and Raids, but Funcom have promised to add an explorable Tokyo at some point in the near future.

As for other changes, Secret World Legends has updated graphics and core gameplay improvements that should make it more approachable to newcomers. You can actually aim your guns now.

If you have vanity items from the original game, you can move all that good stuff over with a free transfer system. Head to theSecret World Legends site to play.

Have a watch of the new trailer above to see if it’s your thing.