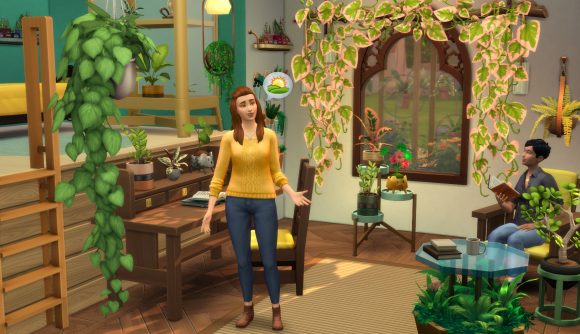 November 3, 2021 Contrary to the details in the first press release, The Sims 4’s first limited-time scenario runs for two weeks.

Sims 4’s scenarios update is live today, with two new challenges for players to take on. The devs noted in the initial announcement, there’ll be limited-time scenarios in addition to the standard challenges that you can take on at any time, and it seems that you’ll have to be pretty fast to play them. The first limited-time scenario launches this week – and it ends next week.

The Too Many Toddlers scenario launches on November 3 and will be removed as of November 17, though if you start the scenario before that end date, you’ll still be able to play it to completion after it’s removed. You can get the details on the official site. The devs previously announced that another limited-time scenario called Perfectly Well-Rounded would come shortly after the feature’s launch.

Today also saw the announcement of the Blooming Rooms kit which, as the name suggests, adds a whole bunch of greenery to decorate your homes with when it launches on November 9. As part of today’s update, plants’ costs and environment score bonuses have been rebalanced to better match their perceived value.

For more on the current Finding Love After a Breakup and Making Money scenarios, you can hit the official site.

Whether it's "Finding Love after a Break up" or "Making Money," you never know how the story'll go – how you get there is up to you🤩🙌https://t.co/nCKdeVz7MD pic.twitter.com/Iag9iJapzg