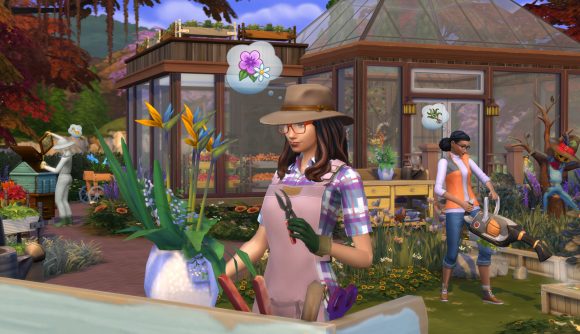 Ever taken one of those personality quizzes that will try to tell you, well, just about anything about yourself? If you have, a new feature coming to the Sims 4 will feel pretty familiar. An incoming update for the Sims 4 character creation mode will incorporate a personality test – but at the end, it’ll generate a Sim’s traits based on your answers.

As reported by PCGamer, developer Maxis announced in a Twitch stream (which you can check out below) that it was adding a “new game mode to Create-a-Sim, kind of overhauling the way that you can go in and create a sim” – called “Create-a-Sim Stories”. The devs explain that this new mode will introduce a way to “infuse a little personality and starting conditions into your Sim before they even hit Live mode”. From the gameplay showcasing this, this Create-a-Sim Stories feature hinges around a personality quiz of ten simple questions, with three possible answers for each.

The questions seem pretty varied, and get right down to the nitty-gritty of what your Sim will be like. Examples include asking about your opinion on insects, the most important factor in picking out a home, and even one about what to do with an ancient relic you’ve found – which you can answer Indiana Jones-style: “It belongs in a museum”. If you’re not keen to answer a particular one, you can just opt to get given another question instead.

When the results are in your Sim will be generated, with a “My Story” panel populated with starting conditions – with things like a career, skills, and starting funds based on your answers. You’ll be invited to change the rest of their features, though.

According to the devs, the questions tie into both the base game and all of the expansion packs, though you’ll need to own an expansion to get its questions.

Don’t worry if you’re keen on the tried-and-tested Create-a-Sim method, however – you’ll still be able to make your sims the usual way if you want: “I want to just say upfront, this doesn’t change anything about the old process. If you still want to create your sim the normal way you totally can”.

Maxis didn’t reveal a release date for the update, but hopefully you’ll be able to start creating those Sims using the new feature very soon.