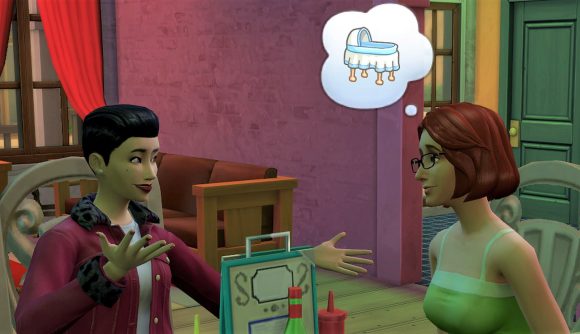 The Sims 4 gets a new feature next week that’ll give your player-controlled sims far greater control over the happenings of the folks in and around their neighbourhood. Called Neighbourhood Stories, the update hinges on one core idea: to “bring more life to neighbour sims that live outside the active household”. This doesn’t just add more layers of autonomy to those sims, though – it lets your active characters play a pretty big role in influencing exactly what they do.

“Neighbourhood Stories begins with gameplay divided between life changes that your sims can influence neighbour sims to consider, things neighbour sims autonomously consider, and some that fall into both categories,” EA explains in a dev post.

Essentially, neighbour sims will decide to make big life changes themselves without you needing to switch to their household – and this can happen in two different ways. You can “direct” one of your active sims to “influence” a neighbour sim to ponder making a life change, for example. So, essentially, you can go meddle to your heart’s content. If you reckon that random pal you met not too long ago should go have a baby then, well, you can tell them so.

The other way is that a neighbour sim can autonomously ring up one of your sims about making a life change before they take any action on it. Your active sim then has the power of approval or veto. Or, you can always leave it up to them to decide if you’d like to hand them back a bit of power over their own lives for a bit. “Our intent is to empower you to decide if a life change makes sense in the story your sims are living out, or to leave that decision up to the neighbour sim altogether,” the studio says.

Examples of things you can, well, meddle in – or that sims can decide to do autonomously – include career changes, bringing little sims into the world, and hanging out with others to form or deepen friendly relationships. Things that are autonomous-only include attempts at promotion and accepting proposals of marriage. Changes that your sims can influence, specifically, include damaging relationships between two neighbour sims through trash talk, getting two adults or two teens to form a romantic relationship, convincing a sim to dump or divorce their romantic partner, and encourage unemployed sims to find themselves a job. The update comes with some new aspirations, too. 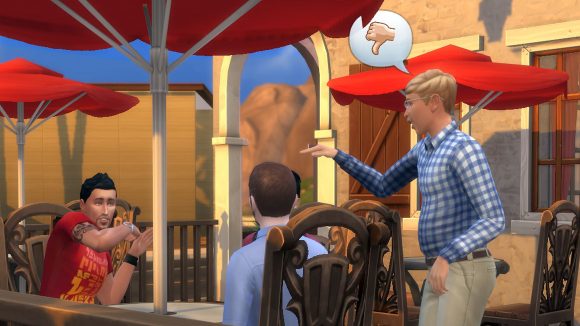 It’s worth noting that ‘neighbour sims’ here refers to most of the NPCs in your game, not just the ones who live nearby. This new feature will also roll out over time, impacting a certain group or type of neighbour sims each time – so not all NPCs will be tied to the feature when the first of the updates arrives on November 30.

“This first release focuses on Sims connected to your household: co-workers they’ve gotten to know, friends they’ve met at the gym or library… maybe that one sim who welcomed them to the neighbourhood with fruitcake, which seems like a bold move, but to each their own, I guess,” the post explains. If you’re keen for the full rundown on how this will work, and what the devs have planned for the next phase of Neighbourhood Stories, head to that link.