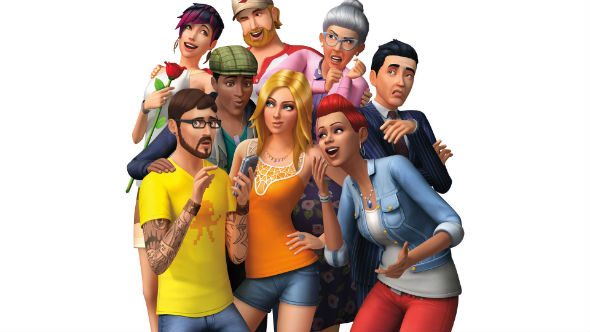 The ‘90s was an era of immense cultural change. Though we reminisce about a time when Britpop surfed the airwaves, arguments flared over whether Ross and Rachel were really ‘on a break’, and denim-on-denim was perfectly acceptable, in reality the world was changing around us. As computers made their way into homes, we began to embrace videogames as a staple – and the stereotypes which came with them.

We stormed castles to rescue damsels in distress, fought as warrior women in metal bikinis, and tried not to lose an eye to Lara Croft’s pointy breasts. When it came to the LGBTQ community, there was little representation in the West which didn’t showcase an effeminate man with an affinity for moustaches and tight leather, or secret love affairs between young women.

Did you know there were real-life family struggles behind The Sims?

The Sims was born in this era of change – a millennial baby epitomising new world ideals, with the same ignorance newborns have of their value. It was a game which ultimately let you live a virtual life, regardless of gender or sexuality boundaries – without even realising it.

Maxis started as the brainchild of the enigmatic Will Wright and Jeff Braun, built out of the desire to publish SimCity on home computers. SimCity was their first “digital dollhouse,” and its success launched a wave of Sim titles such SimFarm, SimAnt, and SimEarth – educational games primarily aimed at children. But, from the beginning, the studio strived to break free from conventional gender divides to create something which appealed to everyone. 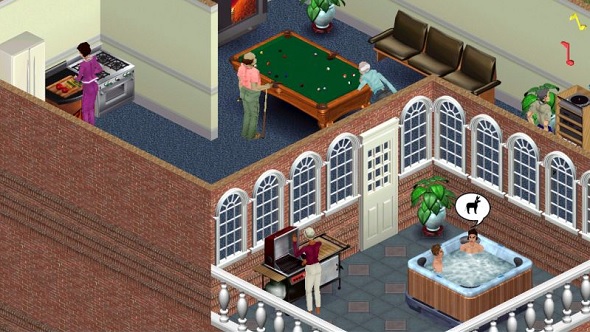 “It wasn’t a shoot-’em-up so you weren’t appealing to testosterone crazed kids,” Roxy Wolosenko, game designer on The Sims, tells me. “At that time, we were doing the kids line, and there really was this huge effort to find out how you make games for girls. We never really subscribed to that whole ‘you gotta make it for girls’ business, we didn’t think you needed to package games in purple and pink. If that’s really the quality of games for girls then we don’t want to have any part of that. That’s just sexist bullshit.”

When EA acquired Maxis in 1997 the kids line was done away with. Those working in the sector were moved onto other games or let go, but a select few moved onto Will Wright’s black ops Project X – which would later become known as The Sims.

Until this point, The Sims had been Will Wright’s pet project, a game focused on architectural design and how environment can affect people’s happiness. With little interest from EA, The Sims was being worked on in a separate office by a small group of male engineers. As those who worked on the kids line began to filter into the project, many of whom were women, the focus of the game began to shift as new perspectives were brought on board. 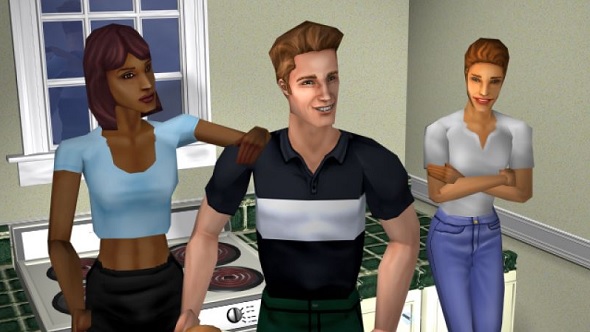 “We were far away from the mayhem going on in Walnut Creek. So it was a bit idyllic because it was a bunch of guys sitting in the equivalent of offices or broom closets working on something cool that no-one had seen,” Eric Hedman, The Sims’ lead animator, recalls. “After a time we started seeing Roxy Wolosenko and Claire Curtin, showing up with Kana Ryan and Chris Trottier to help whip the game design into shape. It was amazing having so many women with so much experience there. It made all the difference in the world.”

It was ultimately the merge of these two sectors which saw the game grow from an architectural simulation into a petri dish of human life.

After being called into Wright’s office to look at an early build of The Sims, game designer Roxy Wolosenko became curious about the characters built into Wright’s architectural simulation. The characters had been included as a way to measure the effects of the environment on happiness levels. But Wolosenko was more interested in the characters themselves – what they were thinking, and what the story behind their relationships was. This sparked a turning point for the title, and code began to be made for the Sims themselves.

A simulation which touched on the relationships between characters was something which had rarely touched on before, and the fact Maxis had a well-represented female workforce allowed the studio to further break away from the conformity of games of the era. As the Sims themselves began to take form, there was a push to offer players the ability to be whoever you wanted to be and partake in any action – regardless of gender. 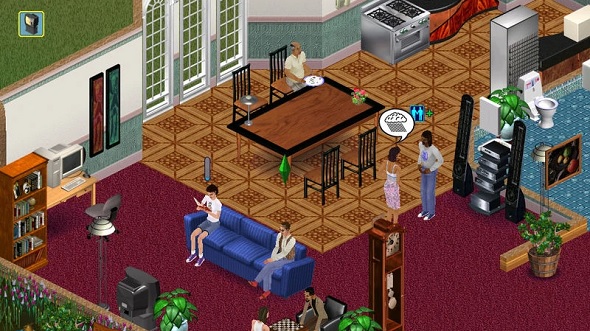 Female Sims could propose to their male counterparts, throw their lovers onto their knee for a cheeky makeout session, and even become a mad scientist or business mogul. For every woman dressed in black leather bursting out of a birthday cake, there was an oiled-up man in a dickie bow to do the same.

“There were no double standards in it – what a female Sim could do, a male sim could do,” Wolosenko tells me. “There was a lot of push back on that, especially from EA, but it was one thing that we absolutely never compromised on.”

“I know for a long time we talked about how, unfortunately, the way women are depicted in videogames is not positive and that was one of the things about The Sims that we all loved,” The Sims producer, Kana Ryan, says. “The game allowed for people to be anything.”

But this mechanic was not purposely introduced as a political statement. Instead, it was automatically built in as part of the game’s constructs. Extra code would have been required to differentiate male and female Sims, which isn’t something the team felt was necessary. This lack of differentiation between male and female characters also meant same-sex relationships were possible. 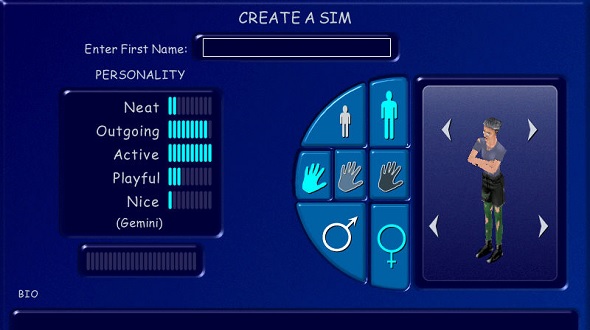 “The way the game was architected, gender was not really that big a part of the internal bottle,” Eric Bowman, an engineer on The Sims, says. “One of things that just made it great was that objects, be they people or inanimate objects, would come together and display these behaviours – it would have taken very specific logic to not allow a same-sex relationship.”

During the late ‘90s, the LGBTQ community had began to shake off the shackle imposed by previous decades, but homophobia was still a very real and present problem. The Clinton administration had introduced “Don’t ask, don’t tell” to the military, same-sex marriage was still illegal, and in some US states “homosexual conduct” was still a criminal offence.

Due to fearing the backlash that including same-sex marriages in The Sims would cause, Maxis decided not to include them in the game. Shortly after the decision was made, Patrick Barrett III was brought in as an engineer and given social interactions to code into the game while his supervisor was on leave. Accidentally, Barrett was given an old copy of the social interactions, which had no gender boundaries for relationships, and off the back of this developed a basic code which included same-sex relationships. Despite contradicting the decision of the team, same-sex relationships were left in The Sims without dispute. 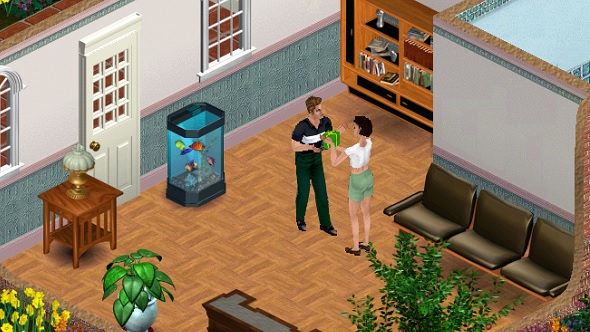 “It wasn’t really a topic, it was like ‘of course they should be partners’,” Eric Bowman explains. “I think there’s more mystique around this. It wasn’t an accident, it wasn’t intentional, it was just natural. And somehow that model was how we all saw the world. It was an enlightened group of people, no close mindedness.”

These sentiments are at the core of what allowed The Sims to break the mould of gender and sexuality – the code simply rendered everyone equal. The ideals at Maxis were reflected in the game they produced: a quirky, slapstick world with morals ahead of its time.

“I think we were just at the right time in the world,” Kana Ryan explains. “Look at what’s happening now, explosions of Facebook and storytelling – we were at the beginning of that. We created this tool that wasn’t sexist, it wasn’t homophobic, it was just a world where people could express themselves.”