While VR is still a new medium, its rules yet to be solidified, there’s an awful lot of received wisdom in developer talks and on design forums that boils down to this: keep it small. Overscoping is a common pitfall even in regular PC game development, and it becomes a far more pertinent issue in VR, where performance is paramount.

With that headset on, a low frame rate isn’t just an annoyance – it’s a cause of severe nausea, effectively damning any game under 90fps to the unplayable pile. That’s one of the reasons so many VR games are confined to single rooms or tight arenas. Stuffing your world with enemies and particle effects is asking for trouble, and that’s exactly what HELM Systems, developer of The SoulKeeper VR, has been asking for.

The studio has gone against all advice and instead welcomed the challenges that come with making an open-world fantasy RPG in this new medium. It’s a game where you can physically place the coin that bought your sword into the outstretched palm of a waiting shopkeeper, and then drive that sword between the bleached ribs of a skeletal warrior.

The SoulKeeper isn’t a one-off – it has quite a long history as a series on PC, beginning as a mod for Unreal Tournament 2003. “For me personally, I was accustomed to Unreal Engine since the first generation,” HELM president Myron Mortakis tells us. “Epic Games has been around since the ‘90s and knows what it’s doing, so for us it was a no-brainer to build in Unreal Engine 4.” 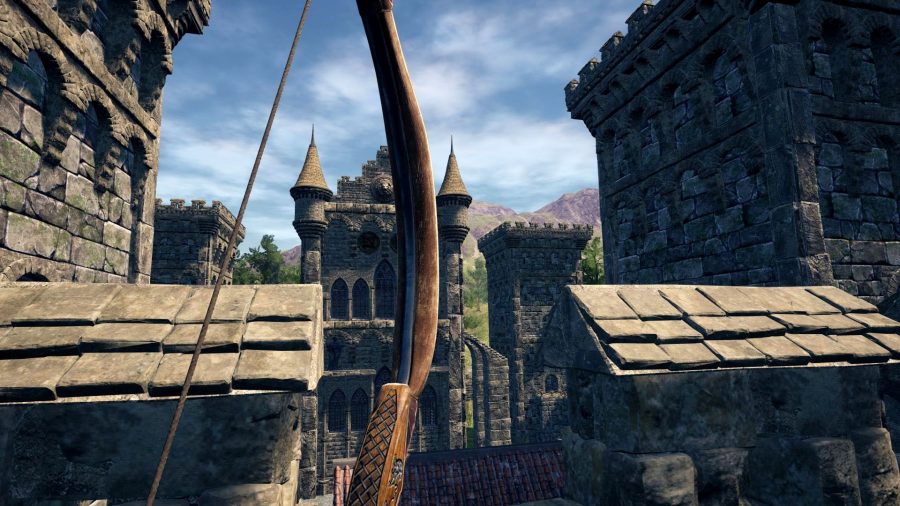 The total conversion that followed the initial mod was nominated for an IGF award in 2006, and written about in magazines and online. “From there, when VR came along, we figured this would be the most immersive technology that ever existed in gaming,” Mortakis says. “For us, RPGs are all about immersion.”

That immersion is a great opportunity for RPG developers, but it also makes things difficult – the closer they bring players to inhabiting a world, the trickier it gets to meet their standards of simulation.

“In a traditional flat-screen game, you can pretty much predict what functions the user will perform,” Mortakis explains. “You have a set of animations and interactions they will use. In VR, it’s a lot more challenging for us to predict where they will go, what they will do, and what they will want to do. It’s not like traditional gaming, where people know what kind of design elements to expect.”

What’s more, it turns out VR players aren’t drawn to the more obvious sources of spectacle that would captivate them on monitors. Given completely control of the camera and the novelty of a truly tangible world, they tend to turn to more domestic thrills. “In VR, you can have a dragon flying by the player, and they just ignore it,” Mortakis says. “Because they want to pick up a plate and throw it around. Those are elements you have to incorporate into the game to make your audience happy.” 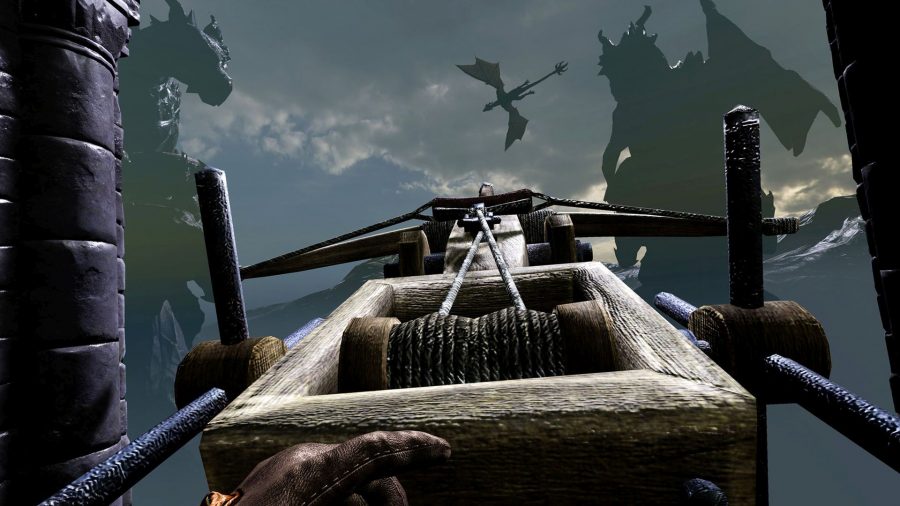 Open-world game developers often rely on streaming the environment in and out of existence around the player to free up resources – reducing the fidelity of the world as it creeps towards whatever horizon you happen to be looking at.

Read more: Strap yourself into the best VR games on PC

“In VR you can see a lot more detail,” Mortakis says. “We have to be careful about how we manage the landscape. It takes a combination of streaming and relying on terrain shape, so that we can occlude buildings and other geometry from the player’s view, especially if it’s something far away. But we don’t want the player to notice those things – we want them to feel that they’re in a seamless world that doesn’t remind them of any technology being involved.”

The SoulKeeper VR is still in Early Access, so some of those seams are yet to be tucked away from view. But HELM Systems intend that, ultimately, it won’t feel like a game at all.

“What we’re really hoping is that people can see VR is truly the next step as far as immersion goes,” Mortakis says. “All of us RPG gamers, as fans of The Witcher and The Elder Scrolls, want to be sucked into the universe we’re playing with. I think VR is definitely the way to go with that, and I hope our game can actually prove it. We want people to feel like they’re actually there.”

The SoulKeeper VR is available in early access on Steam. Unreal Engine 4 development is now free.

In this sponsored series, we’re looking at how game developers are taking advantage of Unreal Engine 4 to create a new generation of PC games. With thanks to Epic Games and HELM Systems.