Lords of the Fallen will be forever known as the game that tried to mimic the Dark Souls formula and missed. While retaining some familiar foundations, Deck13 look to step away from that mould somewhat with The Surge, a Souls-like game with sci-fi leanings.

Lords of the Fallen hasn’t made its way onto our best PC RPGs list, but perhaps Surge will?

The Surge takes place in a world that’s been screwed by the corporations, where technological advancements have been focused solely on financial gain – it’s a horrifying vision of Earth’s possible future.

This setting will bleed into the gameplay, according to a post by CEO Jan Klose on the PlayStation blog: “Using a near future scenario, we can pick up a lot of trends from the real world and play with them, and we love that! Working with the fusion of people and technology also lets us do great crazy stuff gameplay-wise.

“It all comes down to a stronger core mechanic which is the tactical close combat. Cut off limbs, and upgrade yourself with a mix of cybernetics, bone, flesh, and gadgetry.

“This is a gritty future – it isn’t robots vs humans, it’s cybernetics and man-kind rather inelegantly gnawed, sawed, and nailed together, trying to improve what it is to be human… or, rather, making the human manufacturing machine more efficient.” 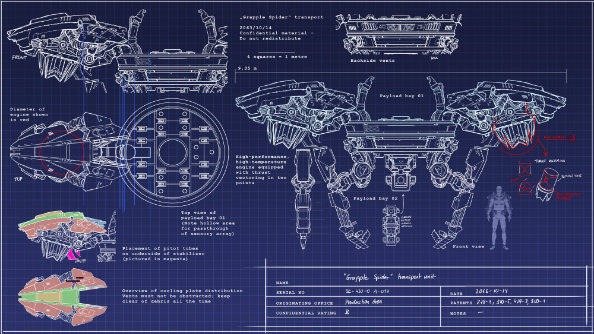 Rather than upgrading these combat abilities through some abstract experience system, you’ll be directly upgrading the exo-suit your character is (presumably) fused to.

These suit upgrades can be found by cutting parts from your enemies, with individual parts targetable without the need to pause combat. So the better you are at combat, the bigger rewards.

Don’t think Deck13 have stepped away from Souls completely, though.

“As with Lords of the Fallen, we think of the Souls games as an emerging genre and we’d love to see more games in that space,” says Jan Klose in an interview with IGN. “This time, our main combat system is more different and more complex, our scenario is fresh, the locations are built in a very different way to Lords.”