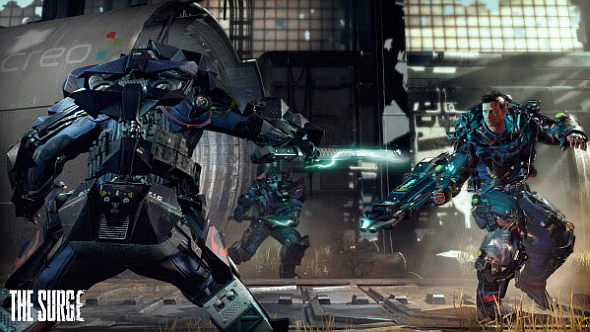 One of the most interesting features of The Surge – and one of the ways it differentiates itself from clear influence Dark Souls besides, y’know, the totally different setting – is its dismemberment-driven loot system. Today, we got a little more detail on how this will work.

We got to have a quick go at The Surge already – here are our early impressions.

We’ve heard for a while that you’ll be able to slice specific body parts off your opponents, but a new trailer shows exactly how this will work, and what the incentives are for doing so.

You can target and damage individual limbs, and the loot that your enemy drops is determined by which limb you ultimately sever. This could be the schematic corresponding to a sliced armour part, salvaged materials for crafting the corresponding piece, or even your opponent’s weapon.

This means you’ve got a decision to make: do you target an unarmored body part for a shorter fight, or risk a lengthier, harder battle for a chance at slicing off a shiny new piece of equipment?

It looks like you’ll be able to apply your salvage at upgrade stations throughout the factory in which The Surge is set, and some of the more advanced rigs do look pretty badass.

The Surge is due for release on May 16.