The Surge is a sci-fi action RPG that takes place in a world where machines have replaced humans for labour purposes, bringing about social collapse and all the grimness you’d usually expect from a videogame. This future Earth forced its citizens to work on the outskirts of the city, using exosuits to give them a slight advantage on other people. In the game, these suits and tools are being repurposed for combat, and we’re now getting our first proper look at them.

There’s more stat tweaking in our list of the best RPGs.

In The Surge you have to use this tech to fight malfunctioning drones, robots, and security personnel in an overrun sector within industrial corp CREO. The first screenshot, above, shows the Liquidator, an exosuit kitted out for stomping across hazardous materials, though fire, radiation and toxic spills. 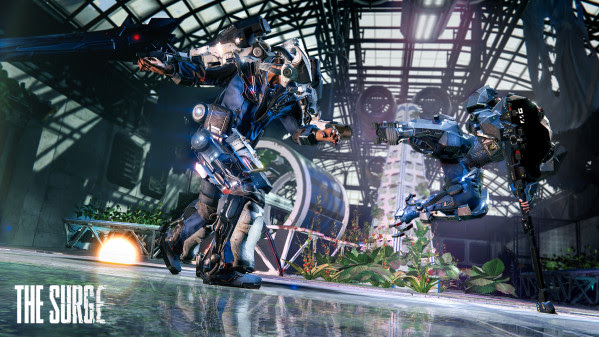 The second screenshot features CREO’s Proteus, a medium physical protection armour set that kind of looks like something a future cop would wear. That’s because it is – created for CREO’s elite security personnel, the Proteus is a light-weight shell that gives you health regeneration.

Its relatively low power cost will also allow you to put more power into your implant powers. 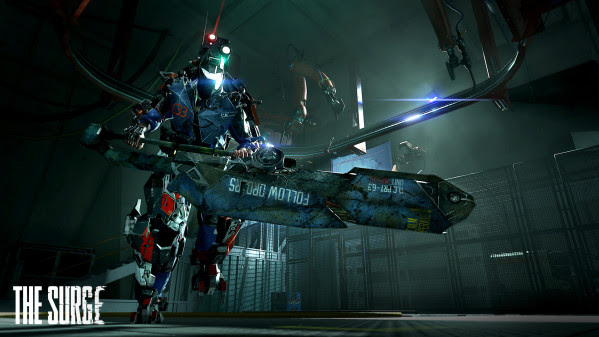 The last screen shows our hero kitted out in an angular suit and wielding a massive drill… sword… thing.

The armour is actually a mix of sets, with the Lynx frame providing a speed boost and advanced hydraulics, while the Gorgon and Black Cerberus pieces provide heavy security and riot control protection.

You can salvage these parts in battle from your metallic enemies.