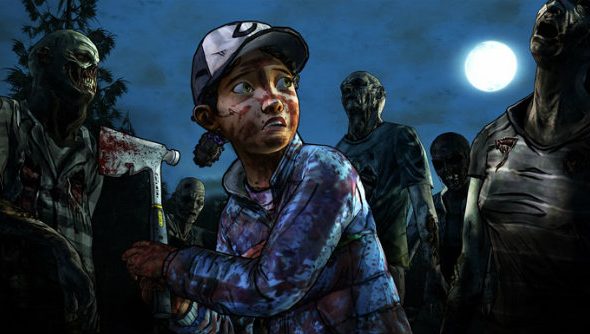 As well as working on their Michonne-centric The Walking Dead spinoff, Telltale have something meatier in the works. The studio is planning to release at least one episode of The Walking Dead Season 3 in 2016.

In the meantime, here are the best zombie games on PC.

Because Telltale games are developed across multiple platforms – with people often making the jump between consoles, or even from console to PC, between seasons – Telltale are also looking at a way to make importing your save between platforms possible.

“We’ve got a strategy to help Season 3 players… collect all their data from the previous games,” CEO Kevin Bruner told Mashable. “[W]e didn’t have the cloud services in Season 1 that we have now. So we’re going to have a solution for everybody that we’re not talking about it yet.”

That’s two lots of new tech Telltale are working on alongside their many, many videogame projects, then. Speaking about their Batman adaptation recently, Telltale briefly spoke about how they’ve been making improvements to their game engine, too.

It makes sense, as it’s often the technology that’s criticised, rather than the story. The latter should be the focus, but we’re always distracted by robotic animations and a juddering frame rates. Fix this, make the games prettier, and Telltale’s future could be even brighter.