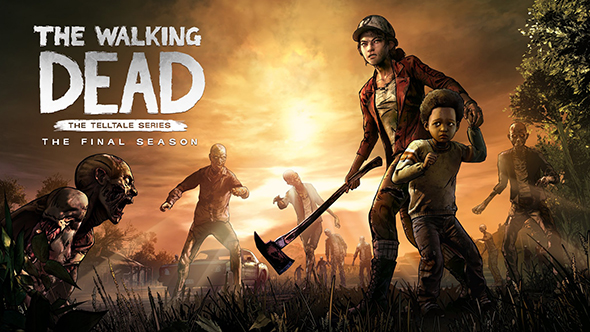 Telltale’s take on The Walking Dead has been keeping up a steady drip of zombie horror and personal drama for over half a decade, but things are set to come to a close this year – or starting this year, anyway. The Walking Dead: The Final Season will premiere in 2018, and it will have you “finish Clementine’s story.”

Check out all the best zombie games on PC.

We’ve known that the series would begin soon – and that it will feature the returning writing talents of Gary Whitta – but today Telltale provided the first concrete image of the game, as well as its final title.

The image of Clementine standing as a protector over young AJ is a nice thematic callback for those who’ve been following the series from the start.

A more substantial reveal of The Walking Dead’s ultimate chapter will happen next Friday at PAX, and it will be broadcast on Twitch. You can check in April 6 at 9:30 PDT / 12:30 EDT / 16:30 GMT for the details firsthand.