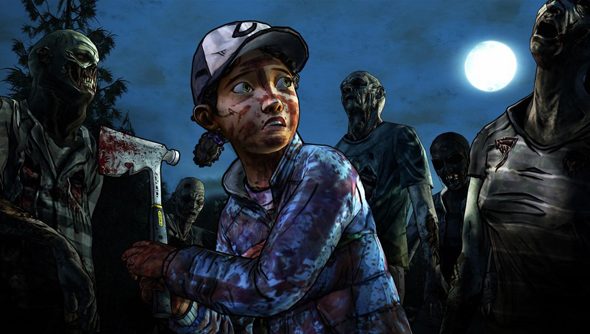 Telltale Games’ director of PR Job Stauffer has confirmed on Twitter that The Walking Dead season 3 will not start during 2015. Instead, something “insanely cool” will be revealed soon, which could well be related to The Walking Dead universe.

On Twitter Stauffer wrote “To re-clarify, no, TWD S3 is *not* starting in 2015. But what I am seeing this week will be, and it is insanely cool. Stay close, news soon!”

Stauffer later went on to reply to a tweet stating “No Telltale Walking Dead in 2015” with a tweet saying “I didn’t say that… ;)”, suggesting that whilst season 3 is out of the question this year, something The Walking Dead related isn’t.

It’s no surprise to hear that Season 3 won’t start this year; Telltale seem to operate on two seasons a year, and this year is dedicated to Game of Thrones and Tales from the Borderlands. But with a Minecraft game, a Marvel game, The Walking Dead season 3, and more from The Wolf Among Us if we’re lucky, Telltale have a lot to be getting on with. No doubt that two seasons a year thing stops here. Where we go next though is anyone’s guess.