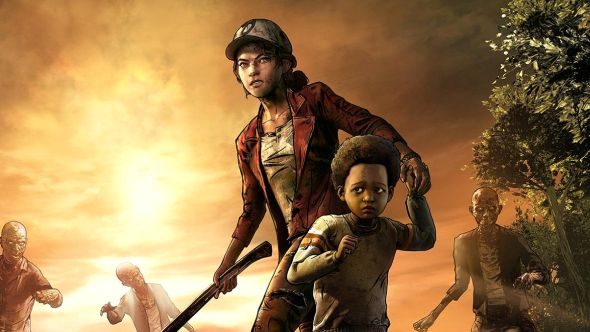 The The Walking Dead will return later this summer, after Telltale Games and Skybound Entertainment announced the first episode of the final season will drop on August 14.

Aside from a sharp narrative story, Telltale Games is promising to add loads of extra new features into the season, including an over-the-shoulder camera, unscripted combat and a graphic black art style.

Last time we saw Clementine, she decided to leave the Final Frontier in Richmond in order to find AJ, and apparently for this season,  we’ll rejoin the hardened survivalist in a secluded school, where she battles to protect orphaned AJ from both the alive and undead and, crucially, make the right decisions along the way.

Could you survive a living dead apocalypse? Try your tactics out in our best zombie games.

If that tickles your fancy, you’ll be able to preorder the interactive zombie thriller online for $19.99 from Friday, June 8, according to a press release from Telltale. Players who pre-order the final season through a handful of platforms, including Steam, GOG, and Humble, will receive 10% off the retail price, while order through the Microsoft store will unlock the game’s first season (offers expire on August 14). Players will also be given more information about transferring their save files closer to the release date. In the meantime, keep an eye on Telltale Game’s social media pages for more information and preorder links.

There’s also a new teaser trailer to whet your appetite ahead of the final season. It shows Clementine and AJ discussing the implications of nursery rhymes in the zombie apocalypse.

Actually, that very much undersells the bleakness of the trailer. This is Clementine’s last adventure in the series, so be prepared for that tone to continue when the first episode releases later this summer.