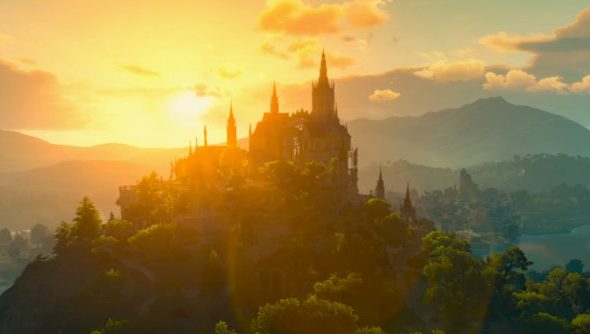 A new developer diary has released for The Witcher 3’s final expansion, Blood and Wine. As you might expect, it’s going to be absolutely drenched in both of those things.

Are you ready for another massive slice of one of PC’s best RPGs?

It won’t all be getting drunk and murdering though, as Toussaint is a land of picturesque beauty, from the Duchess capital Beauclair – a city taken in a bloody war, where artists and nobles now reside on the remains of elven ancestry – to Mount Gorgon, the tallest mountain in the world of The Witcher. You’ll be able to gallop around on Roach taking in this fairy-tale land that’s the size of all Skellige’s isles combined.

Geralt arrives in the middle of a wine festival, so it isn’t long before the red stuff is flowing. He’ll have to deal with thieves, bandits, monster-infested wine cellars and warring vineyards. The latter is a conflict seeped in centuries-old tradition, where each vineyard family has a heraldry, a coat-of-arms and the foolish pride that comes with both.

Our hero will also deal with a spoon-collecting creature who resides in an abandoned house. I sure hope old Salad Fingers has been nipping to the gym, for his sake.

This is a land with no army, its green fields patrolled only by knights. A new threat recently appeared that has these noble warriors beaten, though. That’s why the Duchess summoned Geralt, who rode to Toussaint to deal with its serial killer monster that’s leaving a bunch of bloodied and dismembered bodies in its wake.

CD Projekt Red are saying this fight will be the most difficult Geralt has faced. Yep, apparently this will be a foe even more menacing than that guy from Hearts of Stone. Did someone mention spoons?

Anyway, here’s an in-depth look from the developers:

The Witcher 3: Blood and Wine releases on May 31.