Looking for the best Witcher 3 mods? The Henry Cavill effect has seen The Witcher 3’s popularity shoot through the roof – a monster-hunting renaissance that actually surpassed the number of concurrent Steam players the game saw on launch day back in 2015.

A lot has changed in the world of videogames in the five years since Wild Hunt’s release, but one thing that’s improved are the mods and mod processes available for the game. Modding is now a fairly simple process, and can be done with ease once you know how, and once you know what risks to look out for when installing multiple mods. As always, exercise caution when downloading and installing mods.

Although The Witcher 3’s world has stood the test of time, we’ve included texture and shader mods to sharpen the graphics, as well as gameplay mods to make the 200 hour long jaunt through The Witcher’s fantasy universe that much better. Here are the best Witcher 3 mods available right now.

HOW DO I INSTALL WITCHER 3 MODS?

The Witcher 3 mods can be a little fiddly, so it’s imperative that you follow the install instructions that come with each mod. Where you need to put files can change from mod to mod, so read the instructions carefully. Generally though, you’ll need to unpack the mod’s files into the Mod folder in your Witcher 3 directory. If you have the game on Steam, this is likely to be found at:

or something similar. If you bought the game from Good Old Games, search for ‘GOG Games’ on your hard drive to find the directory. 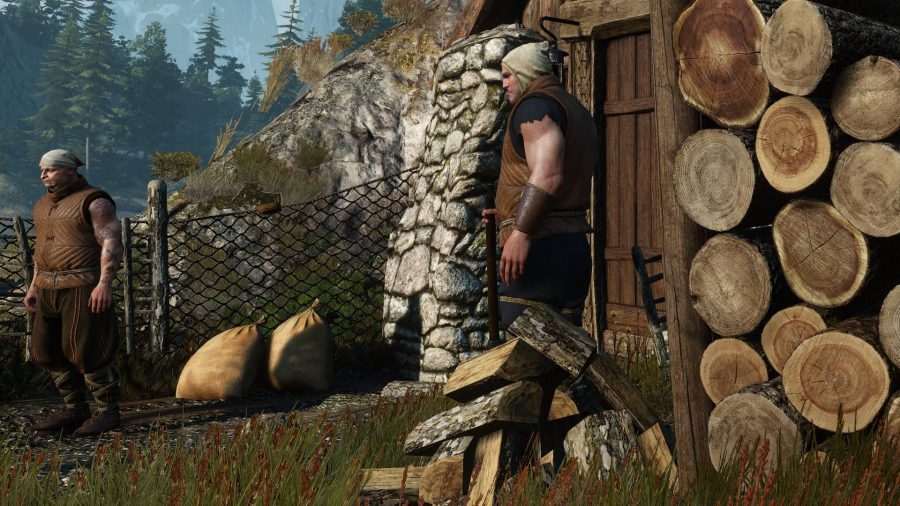 HD Reworked Project
This Witcher 3 mod, HD Reworked Project, is a complete overhaul of the textures in the game, giving it much sharper and defined appearance. To be honest, if you’re playing at high resolutions like 4K, this mod isn’t totally revolutionary as so many of the game’s materials like wood, stone, and the like all look brilliant. However, it’s worth installing to see if it makes a big difference for your experience – the loss of frames is slight, and it couples really nicely with reshade and lighting mods.

1000 Times Better Reshade
There are a ton of shader mods available for The Witcher 3. They’re super easy to install (most just require you to download the files and drop them into the game directory) and can completely alter the look of the game in big ways. Lots of popular ones like E3FX and others give a much more fantasy look to the game, with more saturated colours and intense bloom. 1000 Times Better is sort of the opposite of that – it makes the entire game look much more balanced, removing the weird lighting colours of the vanilla game and giving the whole presentation an updated look.

Fast Travel From Anywhere
This mod is essential. Witcher 3’s fast travel system tries to make a bit of logical sense by only allowing you to fast travel from set signposts across the world, but this can be really frustrating if you’re miles from one, in the middle of nowhere, and want to quickly complete a quest or get somewhere else. We’re all for taking the scenic route and travelling manually, but for the times that you need to hightail it, this is well worth installing.

Over 9000 Weight
This Witcher 3 mod is an absolute must for anyone doing a lengthy playthrough. Sure, it’s more realistic to not be able to carry every single thing under the sun, but it’s much more enjoyable. Plus, Witchers are supposed to have superhuman strength… right?

Over 9000 Weight also means you’ll have a much easier time earning money in the game, as you can loot the hell out of bandit camps for low level swords and armour, before selling them en masse to the nearest merchant. 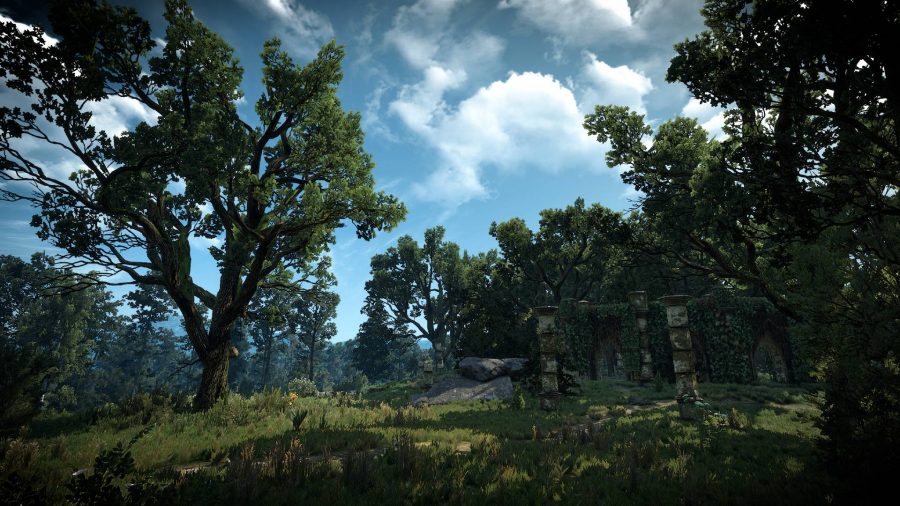 Wiedzmin Lighting Mod
Much like reshades, lighting mods are some of the most popular available for The Witcher 3. A big one is the Super Turbo Lighting Mod, but the Wiedzmin Lighting Mod is a much better solution. Used in tandem with the 1000 Times Better reshade, it recolours and desaturates the game while making it look a whole lot better. Sunsets and sunrises, the skies both blue and rainy – it all looks so, so much better. The WLM mod also comes with a number of different packages, one including a HD water mod that makes the water so gorgeous you’ll wade in despite the Drowners.

Lamp on Player’s Boat
This is a simple Witcher 3 mod that does what it says on the tin. Lamp. On. A. Player’s. Boat. But we quite like having a nice little lamp on our boat when I’m sailing the Skellige seas on the dead of night, thank you very much.

Disable Storybook Loading Screens
If there’s one thing that gets annoying when you’re testing mods, it’s the storybook loading screens that has Dandelion summarising the story so far. This is the best Witcher 3 mod to get rid of them, and it’s easy to install – no mucking around with .ini files like some other mods.

Indestructible Items
Much like the hassle of inventory weight limits, it can get a little bit tiresome having to repair your equipment – especially if you’re tackling a higher difficulty playthrough on Blood & Broken Bones or Death March. This Witcher 3 mod, Indestructible Items, stops all that faffing about with repair kits, or paying money to blacksmiths to fix your stuff for you. Simple as. 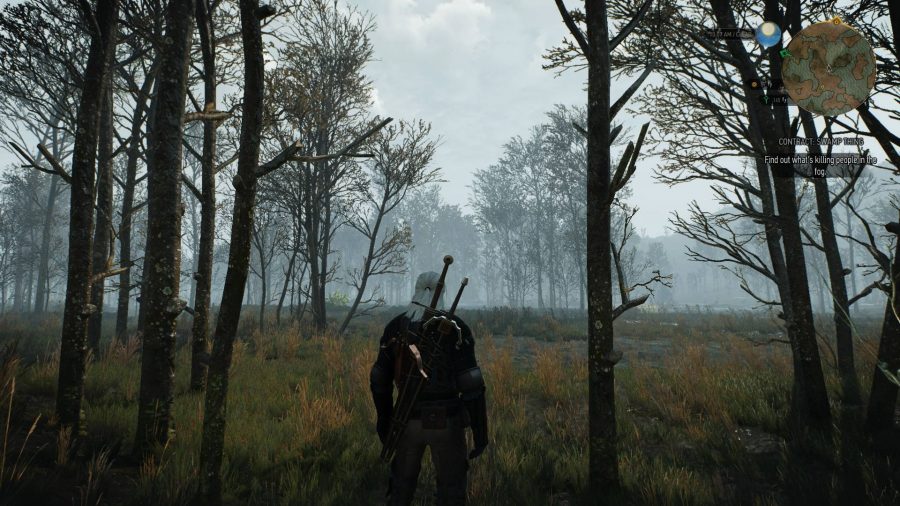 Immersive Camera
One of the best Witcher 3 mods you can get, Immersive Camera gives you a suite of different camera options for all aspects of the game. You can individually and separately tweak the camera modes for exploration, combat, sailing, horseback, and more – tinkering with the zoom, offset, and height. It’s an absolutely brilliant way to get much more up close and personal to Geralt, and also to give some flexibility to FOV, which can be tweaked in the mod settings too.

No Dirty Lenses
The dirty lens effect in The Witcher 3 is gross. We said it. It’s gross. And this mod removes it entirely. No more wandering through Velen or White Orchard, only to have this otherwise beautiful game muddied up like a mountain bike after a ride through the English woodland. No no no.

Sword FX
This is a cool one. Sword FX lets you completely change how your swords appear in game – from glowing runes from the enhancements you place in them, to the oils you apply, to sign effects like flames for Igni, or a blue electric force field glow for Aard. It’s pretty cool, and you can tweak your steel and silver swords separately for added customisation. 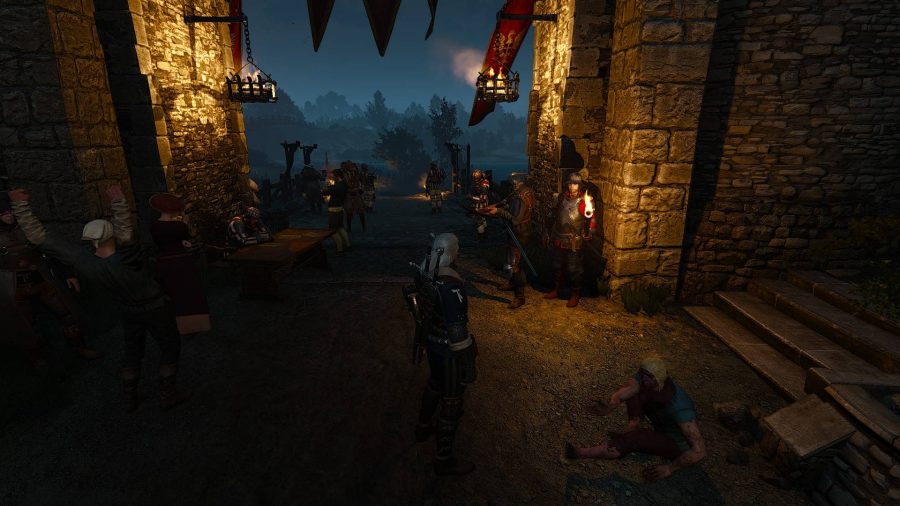 More Shadows
Another aptly named Witcher 3 mod, the More Shadows mod adds a bunch of dynamic shadows to light sources in the game. This is largely just sconces and torches, especially in built up areas like Novigrad or Oxenfurt.

Related: Our guide to the best RPG games on PC

It’s a subtle change in the overall presentation, but combine this with a bunch of other mods and it all adds up to a much prettier, more atmospheric game – especially if you’re playing on ultra settings.

Better Torches
A tiny tweak, but something useful if you’re doing a lot of exploration and climbing. Better Torches allows Geralt to ride Roach, fight, climb small ledges, as well as grab onto things while jumping, without putting his lit torch away. There’s even new animations for it. He’ll still put it away while climbing ladders (he’s not a miracle man) but it’s still an improvement on the vanilla game.

They’re the best Witcher 3 mods for your first, second, or even third playthrough of this epic fantasy game. Or if you’ve finished the Netflix series and want to relive the experience, you can mod Henry Cavill’s face onto Geralt – complete with extra features and body alterations such as texture changes, so you can fully embrace those hairy arms. If you’ve exhausted this list of Witcher 3 mods, catch up on all The Witcher 4 release date news.