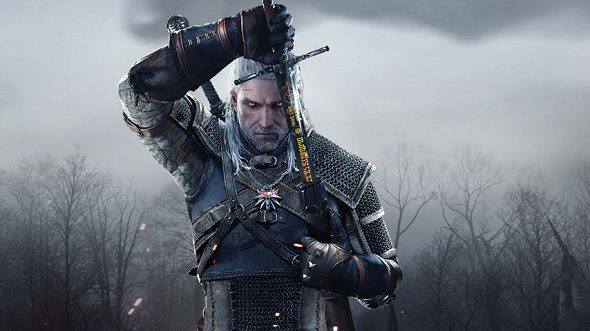 Netflix’s adaptation of The Witcher is coming earlier than we initially thought. Originally scheduled for a release sometime in 2020, the streaming service’s eight-episode take on Andrei Sapkowski’s books and CD Projekt Red’s game trilogy is now slated for a 2019 release instead.

The news comes from showrunner Lauren Hissrich, who tweeted an image last night showing what seems to be a placeholder for the new show. Beneath the show’s working title – The Witcher, surprise surprise – the placeholder simply says “2019.” Everything we’d seen so far has suggested that the show would be coming out in 2020, but now it seems Netflix has moved it forward.

The placeholder also further confirms that Man of Steel and Mission Impossible star Henry Cavill will play Geralt of Rivia, and offers a brief plot synopsis: “The witcher Geralt, a mutated monster hunter, struggles to find his place in a world where people often prove more wicked than beasts.” That doesn’t tell us much though, as it’s pretty much a summary of every Witcher game and book so far.

Exactly when the show will air isn’t yet known, of course, but I expect it’ll be the latter half of next year – casting is not complete (despite some Yennefer casting scripts leaking recently). For that matter, neither is writing – the series finale is still being written, and with only one major character in place, shooting is also yet to begin. So we’re not likely to see it any time soon.

You can check out Hissrich’s tweet above, or head to her profile to learn more about the decision to cast Henry Cavill. Expect to hear more Witcher news in the coming months as more cast members are confirmed.