The founder of up-and-coming review aggregator OpenCritic has accused rivals Metacritic of using the site’s data without permission.

I wonder what scores our list of upcoming PC games will average out at.

In a press release sent out today, founderMatthew Enthoven said, “We didn’t know if we should be proud or outraged when we took a look at Metacritic this morning and saw that they had OpenCritic’s review data and information on their site.

“On the positive side, we were excited to see another industry giant stand alongside companies such as Insomniac Games, Nvidia and Telltale in presenting OpenCritic as an authority. However, we’re frustrated that we did not receive recognition and have requested that they either credit OpenCritic or begin licensing our API and databases.”

Basically, OpenCritic seem to have found a way to more efficiently grab the review data to fill up the site once an embargo lifts. According to Enthoven, Metacritic are just swiping at least some of this data from them, rather than sourcing it from the outlets themselves, without crediting them.

“If you can’t see how they copied us, we wouldn’t blame you – we make subtle, near-invisible changes to various review data to tag it using a system we call ‘horsemen’, Enthoven explained. “For example, with PCGamer’s Blood and Wine review, we added a redundant slash after pcgamer.com. With Twinfinite’s review, we capitalized the “W” and “B” in the review URL.

“We can’t detail every example as it would give away our tells, but these two are notable: Metacritic’s Blood and Wine page currently has these exact horsemen listed, leading us to believe that they’ve begun sourcing reviews from OpenCritic. These changes don’t interfere with the user experience and are unique to OpenCritic. We checked to make sure that these links did not appear on popular websites such as Neogaf and reddit. We also feel confident in claiming that we listed these URLs first. As with most games, OpenCritic was faster: in this case, three hours faster.” 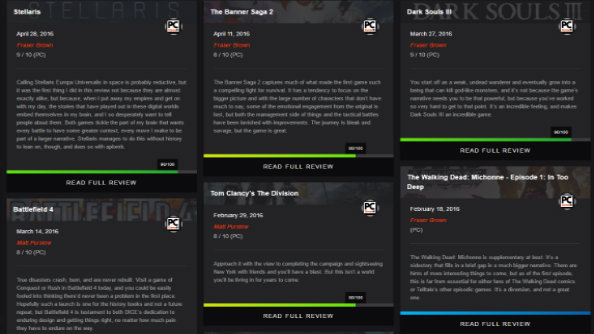 The ‘horsemen’ were built into the system to protect the site’s work, in the same way old cartographers would add fake place to maps and phone books would leave in fake numbers – it’s like a fingerprint for their work, basically.

I really like OpenCritic’s setup, as it doesn’t alter scores because they’re not on the /10 scale and it actually credits the critics, going as far as having a page for each one. Mine even has my face on it, it’s great.

“As we announced last January, our API alpha is in full swing and will soon shift into beta. We hope that Metacritic and others will consider joining our beta and licensing our API.”

I emailed Enthoven to see what the company plans to do about the current situation, to which he responded: “We don’t intend to proceed beyond this statement and the letter that we’ve sent to [Metacritic owners] CBS Interactive. The legal precedents are not in our favor, nor would we want to engage in any legal proceedings. We can think of no faster way to drain funds and lose momentum.

“Our intent here was to send a strong message to Metacritic that we are a serious competitor and that we will continue to call them out on practices that don’t advance the industry overall, including sourcing from us without credit.”