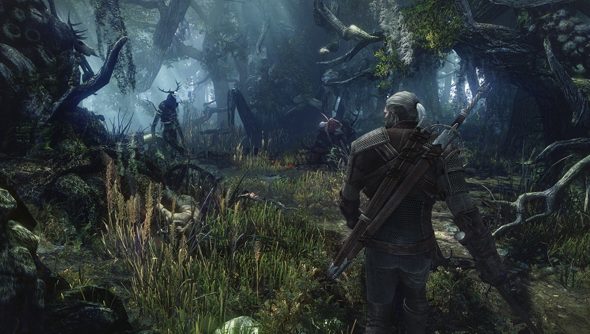 I’ve played enough of The Witcher 3 to get to know poor, put-upon Velen better than some parts of Sheffield, England. I feel like I’ve been tromping about the swamps almost as long as the crones who watch over them.

But the idea of actually finishing CD Projekt’s sprawling opus and starting again? That’s like asking a marathon swimmer what they’ve got on next week before they’ve even set eyes on land.

You can do it, though, and keep not only your memories of your previous campaign but also your XP, items, crowns and recipes – with recourse to The Witcher 3’s New Game+ option.

Probably self-evidently, the key difference in New Game+ is that enemies won’t slice into bits quite so easily. If you’re below level 30 upon finishing the vanilla game, you’ll be beefed up to begin again.

Some objects won’t carry over: quest items, books and letters, for obvious reasons, but also trophies, usable items and – most distressingly – Gwent cards. But the boost in cash will overcome the financial problems that so often limit Geralt’s power, especially early on.

The new mode doesn’t replace the difficulty levels – so you can match it with the existing setting of your choice for a nuanced (or just grindingly tough) degree of challenge. The Death March achievement, for completing the thing on the uppermost tier of difficulty, is still available.

CD Projekt’s one helping hand is the clearing potion you’re given at the start – a chance to reset your skills and try a different build, with a playthrough’s worth of knowledge of what does what. Think you might?