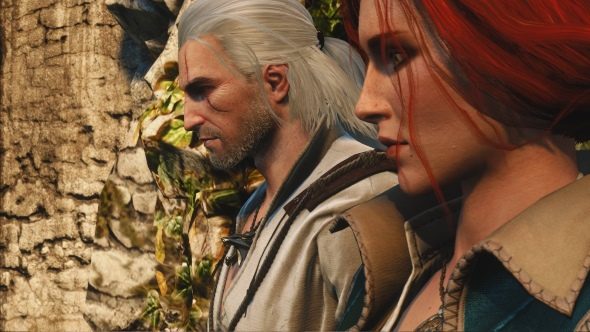 The Witcher 3 has a great many things going for it. Nearly all of them, in fact – it’s one of the greatest RPGs ever made, combining a massive sense of scale with a focused and quietly human story to tell, as well as a hundred optional vignettes.

The one thing it fell short on was mod tools – the limited resources provided by CD Projekt Red are just insufficient to produce anything of note. Although since when has that ever stopped modders? So, who wants to play the prologue to the original Witcher, remastered in a modern engine?

We all know The Witcher 3 is a top-tier RPG, but have you played the other 14 games on our best-in-genre list?

It’s an impressive piece of work, although clearly not up to the standards set by The Witcher 3. By re-using voicework and recreating cutscenes shot-for-shot, it feels rather awkward and primitive compared to the parent game, although that’s probably saying more about the original Witcher game (which ran on a heavily customised version of the Neverwinter Nights codebase) than its sequels.

Sadly, a prologue is all this mod will ever be. In order to produce a single hour of gameplay built on recycled assets from the original game, an enormous amount of effort, ingenuity and reverse-engineering was required, spread over months. According to the developer, the lip-syncing alone required custom third-party tools and anything more is probably an unrealistic ask.

That isn’t to say that larger mods aren’t possible in future – after all, if it weren’t for the absurd amount of custom tools made by XCOM’s fans in order to create the Long War mod, XCOM 2 likely wouldn’t have been nearly as moddable at launch – but the creation of custom tools for The Witcher 3 is still in its early phases, so don’t go expecting anything major in the short-term.

You can download the Witcher 1 Prologue Mod here on the Witcher 3 Nexus site, although you’ll most likely need to strip out any other mods that you’re using first, no matter how minor they might be.