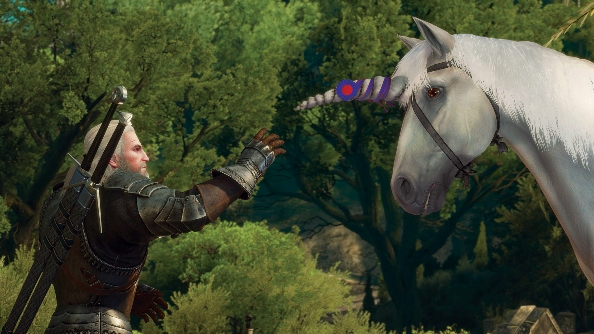 As we quickly approach the release of The Witcher 3’s second expansion, Blood and Wine, on May 31, more and more details are beginning to surface. We already knew it was going to be big (as big as all Skellige’s islands combined, in fact), long (it’ll last over 20 hours, apparently) and we just found out Geralt will get his own vineyard to meditate in, but now we know it’s going to be beautiful too – even more so than the base game, according to developers CD Projekt.

While you’re waiting for the end of the month, why not try some of the other games in our list of PC’s best RPGs.

In an interview with Eurogamer, CD Projekt spoke about how the new land of Toussaint – all sun, fields, vineyards and Mediterranean charm – wouldn’t just feature new art direction; it will enjoy a technical bump at the same time.

“Generally it is a graphics upgrade from the base game,” senior environment artist Len de Gracia told Eurogamer. “We have employed methods that we did not implement in the base game. You can literally bring your camera up to a wall now and the textures would be crisp – at least in most cases.”

According to the developer, 80-90 percent of the environmental assets in the game are brand new and created specifically for this expansion.

“You can just look at the market stalls right now: you would never see the same market stalls in the base game. For the longest time we were like, ‘I want this, I want that,’ and finally we got this chance – we got this room to incorporate other people. We have probably 20 times the amount of vegetables we used to!

“We just wanted to show that we can actually push it to the limit this time.”

It looks like CD Projekt are going all out for what’s now been confirmed to be the final piece of content for their multi-award-winning RPG. If you’re wondering how the DLC is shaping up, check out our Blood and Wine preview.