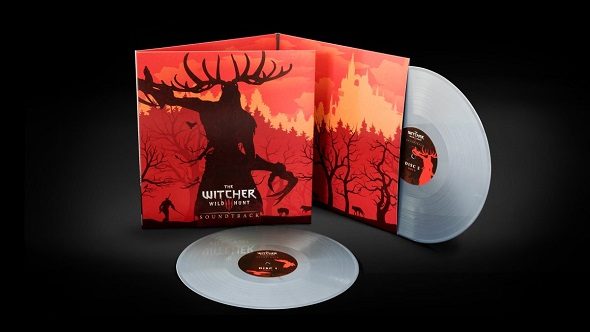 Good news audiophiles and fans of The Witcher 3, CD Projekt are releasing a special vinyl soundtrack for The Witcher 3. Featuring 35 total tracks, this soundtrack features four tracks which were previously only available to those who pre-ordered The Witcher 3.

If you’re looking for your next adventure, check out this list of top PC RPGs.

Created in partnership with Spacelab9, this soundtrack comes with two silver vinyl discs – probably to match Geralt’s hair – along with a special slip-cover showing a rampaging Leshen. The four exclusive tracks are Fields of Ard Skellig, Ladies of the Woods, Merchants of Novigrad and Hunt or Be Hunted, which are not available on any digital versions of The Witcher 3 soundtrack.

Together with @SPACELAB9 we are happy to announce the “ORIGINAL GAME SCORE” double LP!

Along with this standard silver edition, there will be a limited three-disc edition which contains the soundtrack from the Hearts of Stone expansion. Only 500 of these limited edition vinyls will be made available to the public, so expect to put down a fair few crowns if you want to buy this limited edition.

The full track listing is available on ThinkGeek, with the soundtrack set to go on sale on June 2. It goes for $29.99, making it quite the deal for this silver vinyl. According to Spacelab9, the limited edition will be available via Gaya Entertainment, so make sure to check there on June 2 if you are a super Witcher fan. Expect copies to be snapped up quick, so you’d best set a reminder to grab a copy.