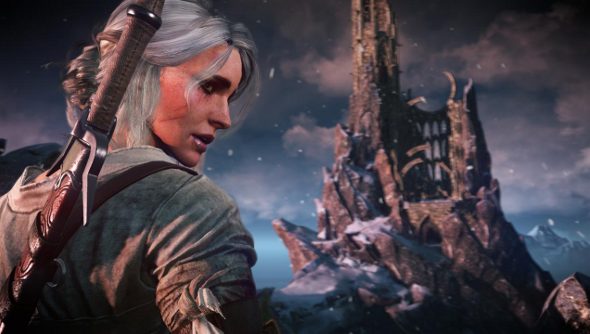 If you finished The Witcher 3 (and you really should have done by now) you’ll know that Geralt’s story is neatly wrapped up. By the game’s end there’s a distinct impression that Geralt’s happy to hang up his witcher boots. But that doesn’t have to be the end of the story.

Assuming you kept Ciri alive (which again, you really should have done), you’ll know that there’s plenty of scope for her to have her own story. Not only did her powers make for some great breaks from the main Witcher 3 story, but her narrative has plenty of room to grow. And we’re not the only ones who think so.

CD Projekt Red feature heavily on our list of the best RPGs.

Sure, we’ve written about how Ciri should be the main character in The Witcher 4 before, but now it turns out that Geralt himself agrees with us. Sort of. In an interview with Gamereactor, voice actor Doug Cocker – who plays the white-haired wonder in the Witcher games – said that while he didn’t know anything definitive about a new game, he thinks Ciri would be a good fit for The Witcher 4.

Asked if Soul Calibur VI would be his last outing as Geralt, Cocker said, “I can only say I have no idea, although I think it will be. This is my own opinion, and CD Projekt Red knows what they are doing, and I have no idea what the plan is, but if I was CD Projekt Red, I would make The Witcher 4, but I would be focusing on Ciri.”

Cocker goes on to reference the fact that Ciri mentions visiting other worlds at the end of The Witcher 3, and says that that could make for a cool Witcher 4 setting. As for when (or if) The Witcher 4 release date might be, it’s all purely speculation at this point. CDPR is, of course, dedicated to making Cyberpunk 2077 at the moment, so it could be many years before we see any new Witcher games.

We still don’t know the Cyberpunk 2077 release date. Hopefully it won’t be too long until we find something new out though – CDPR says it’ll be more open to talking about the game now that the team has been able to give it a proper reveal.