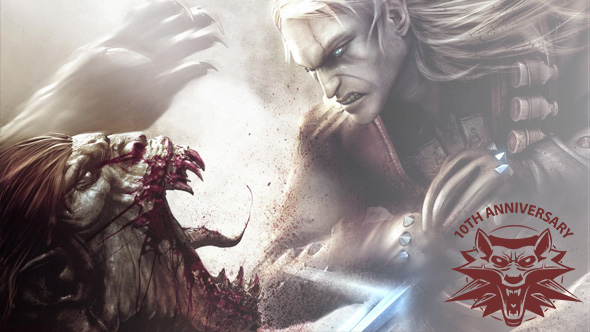 We’re celebrating ten years since the first The Witcher game was released in Europe. This is the first of four articles looking at the ever-popular series – tune in throughout the week for more.

I bloody loved The Witcher 3: Wild Hunt, with its handsome open world, dark fantasy story, and engaging politics. Yep, I played CD Projekt Red’s masterpiece for a long time. For most, somewhere in the region of 60 to 100 hours would have sufficed – with 30 or so more for both expansions. Once I was done, having racked my twin swords away in my tranquil Corvo Bianco vineyard, I had 300 clocked. The last two years of my gaming life was swallowed up. I really bloody loved it.

Related: Gwent wasn’t needed in The Witcher 3, but it works perfectly as a standalone game.

I was hooked as soon as the near-peerless Bloody Baron quest began to unravel all its knotty, grim details – like many other players, I assume. From that point, I conducted my adventure at the glacial pace of a Spikeroog iceberg, slowly sipping rather than drinking in the world of the Northern Kingdoms like a fine Sangreal vintage.

Voyages across oceans, vast mountains, and bucolic forests in-between jobs stole as much time from me as the sprawling quests themselves, becoming the backdrop for all manner of distractions and extracurricular hikes. Ticking off every last question mark on the map and mourning each as it passed fulfilled wanderlust but also felt like a cleansing, all at once. 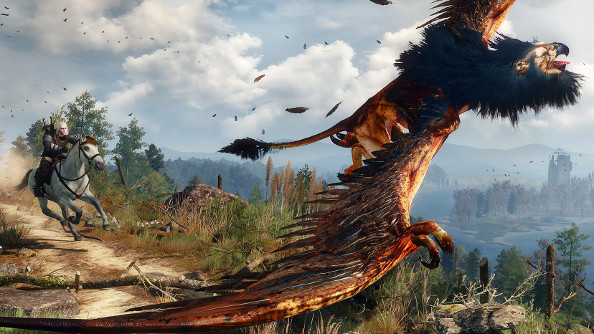 That said, The Witcher 3: Wild Hunt – and the strong feelings it evoked – was always more than the sum of its parts. Potions and decoctions might have made all the difference on tougher difficulties, but combat was a touch shallow, overall. And, with an overused Witcher Sense – a mechanic originating from the widely borrowed Detective Mode from the Batman Arkham series – mission structures became repetitive.

Nevertheless, it captivated me with something intangible: atmosphere. The Witcher 3 is thick with it; the personality, nuance, and attention to detail threading it all together. Other huge games, including Titanfall 2, Overwatch, and Dishonored 2, came and went as I stubbornly spent my time hoovering up question marks in The Witcher 3, and then starting it all over again in New Game+. I could not put my finger on why. So I vouched to figure out.

The Witcher 3 was my first taste of Andrzej Sapkowski’s universe, which started with his 1993 novel, The Last Wish. As I grew up with PlayStation and, since The Witcher 2: Assassins of Kings only came to the Xbox 360, I certainly had my blind spots when it came to the series. In hopes of erasing them so I could get closer to finding my answer, I installed The Witcher 1, the place it all started for videogame Geralt, but did so with considerable trepidation. 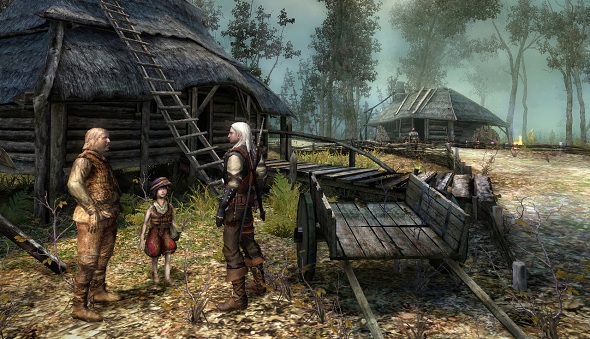 Despite my earnest attempts to be patient with The Witcher’s dated idiosyncrasies, my first couple of hours with the game were beset with bugs: I had to reload the game at a rate of what felt like every ten minutes to counter all the times the camera got stuck.

I immediately balked at the click-heavy rhythmic combat, and the weird sword stances that seemed straight out of a budget version of Nioh. The Witcher 3’s contracts may have been formulaic, but they were laced with compelling narratives that placed them a cut above The Witcher’s collect-a-thon side tasks. And, to top it all, Geralt looked younger – perhaps an unfair barb, I know – and far less sexy; he looks like Geralt from The Witcher 3 crossed with actress Claire Danes.

My mollycoddled current gen sensibilities had suffered their first test, even though I was playing the Enhanced Edition: Director’s Cut, blessed with improved voice acting and graphics. No, my goodwill built up over several hundred hours of the Witcher 3 was made of sterner stuff. 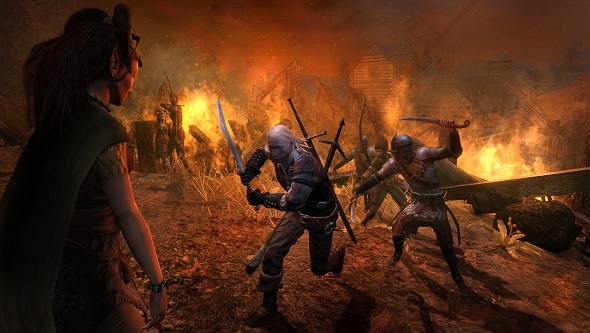 Yet something dragged me onward. Something redolent of the moments when I felt compelled to uncover every nugget of narrative I could get my hands on in Wild Hunt. Something that, once again, I could not quite pin down.

As part of a six-part Noclip miniseries, Danny O’Dwyer joined CD Projekt developers to remember the first two Witcher games. O’Dwyer asked them what drew them to the original Witcher game.

Bartosz Von Ochman, who worked on living world design on The Witcher 3, answers, “Atmosphere. I don’t know how to explain it because, what is atmosphere? Is it music? The colours of the game?”

“The atmosphere, I remember being completely captivated by it,” Miles Tost, a Witcher 3 level designer, says. “You would stop playing and find yourself thinking about it, the music still playing in your head. It was the vibe of the place.” 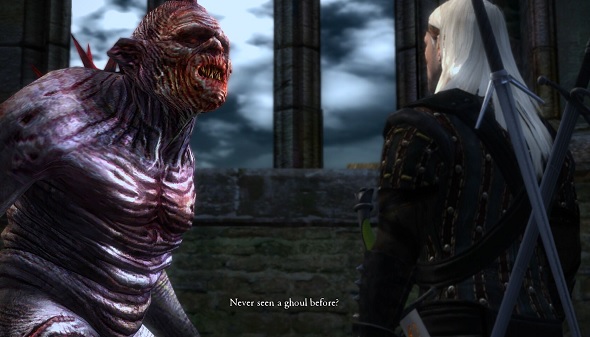 I was comforted. These long-time fans of the series turned developers were entranced by this world, but could not quite explain why. Something just clicked. Much as it did for me.

Somehow, despite all the bugs and camera shonkiness, even The Witcher 1 managed to resonate with me. I resumed my rapid reading of character histories and enemy bestiaries. I poked my nosey head around every corner, asking unfortunate NPCs every last question about the history of the witching trade, despite knowing a good chunk of it already.

In Kaer Morhen, home to the witchers and their notoriously punishing training scheme, I found myself talking to Vesemir next to a fireplace. I am reminded of the night I had with my monster-hunting colleagues after nabbing Uma in The Witcher 3, the ‘ugliest man alive’ that also happens to have the mysterious elf Avallac’h trapped within. We were sat drinking and reminiscing in this same spot, but now, in The Witcher, we have years of memorable moments still awaiting us, not languishing in the past. It might be a bit fuzzier and less detailed than I remember it, but I’m home.