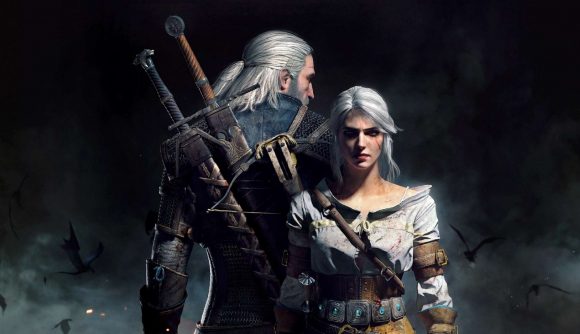 CD Projekt Red put out a cult classic with The Witcher in 2007, a more detailed, expansive follow-up with The Witcher 2 in 2011, and a breakout hit with The Witcher 3 in 2015. Now, the series has hit a massive sales milestone with 50 million copies sold – a number that puts it in league with some of the biggest series in gaming.

The news comes as part of CD Projekt’s latest financial report, and the company shared the news with fans on Twitter, too. For the official language, the company says that “as of the publication date of this financial statement” – May 28, 2020 – “over 50 million copies of The Witcher videogames have been sold”.

For context on how other big videogame series have sold, you can check Wikipedia – and even allowing for the fact that this comparison relies on the sporadic, occasionally outdated information provided from publishers, The Witcher is now in rarefied company. Other series just over the 50 million include Metal Gear, Borderlands, Far Cry, Mortal Kombat, Borderlands, and Mario Party.

Much of that sales success has come in just the past two years, as the series reached 33 million units sold back in 2017. So we’ve got another 17 million copies sold without a single major new release in the series – even the final Witcher 3 expansion, Blood and Wine, was released back in 2016.

Over 50 million adventurers joined Geralt on his journey from Kaer Morhen to Vizima, through Flotsam and Vergen, Velen and Novigrad to Skellige Isles and Toussaint, and many, many more places, time and time again…

Thank you and may we meet on the path again! ⚔️ pic.twitter.com/cZwOup9CEc

There are some major recent sales boosts, though – most notably, the launch of The Witcher 3 on Switch in 2019. The release of the Netflix series later that year also drove up Steam player counts in a big way, but whether that was primarily driven by new sales or simply players returning to the games isn’t quite clear. 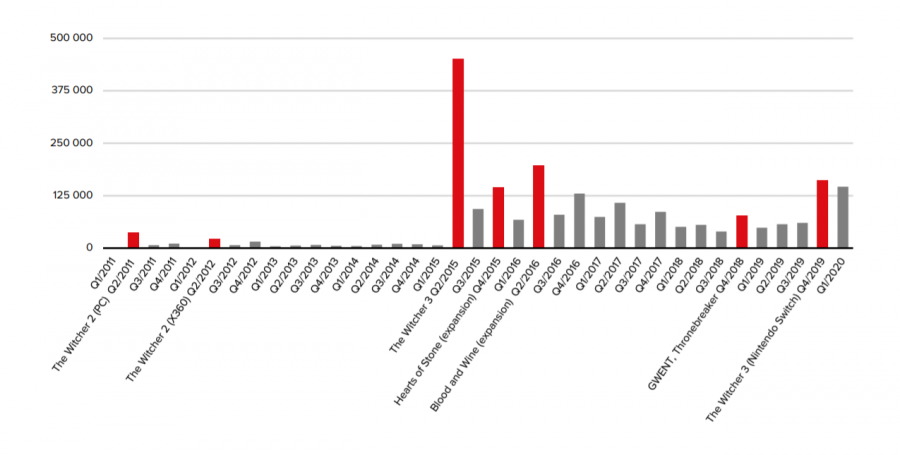 The chart above shows CD Projekt’s overall profits since the launch of The Witcher 2, and gives you an idea how the sales cycle is affected by the rhythm of new releases. The Cyberpunk 2077 release date is coming up fast, so it might soon be time to see another big spike in CDPR’s bottom line.