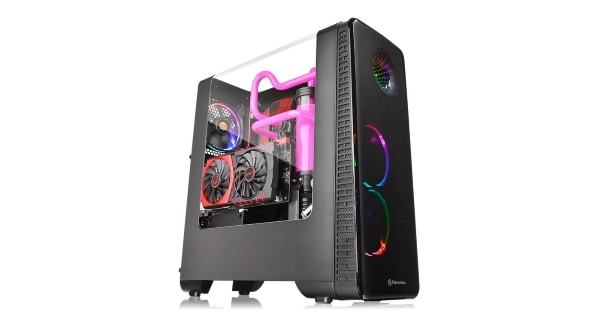 I’m a sucker for curvy chassis and when you throw in a wraparound Perspex peep hole to let you perv on your components from multiple angles then I’m sold. Thermaltake’s affordable View 28 RGB Riing Edition is such a case and it’s looking pretty stunning.

The finest PC cases deserve the finest components, so make sure you pick from our guide to the best graphics cards around.

Now, Thermaltake are talking about that dual-aspect side panel as a ‘gull-wing window design,’ which immediately made me think of the pin-up supercars of my youth. So I was a little disappointed to find the panel hasn’t been mounted on a hydraulic hinge.

Now, if there was a button on the front of that case which gently detached the window – with an accompanying puff of fake smoke – and slowly raised it in a Lamborghini Countach kinda way then they’d have me hurling cash at my screen until the View 28 arrived at my front door. 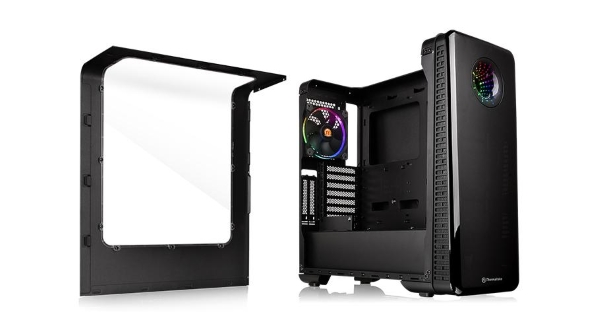 It’s not just the sweeping side panel that makes this latest Thermaltake chassis stand out, it’s also sporting a little x16 riser ribbon which allows you to install your graphics card in parallel to the vertically mounted motherboard. It’s complete show-off stuff, so if you don’t want to risk the delicate ribbon PCIe extension you can always slot the card into your board in the boring, traditional way. Though there is also the possibility mounting your GPU like that might restrict airflow a little as the fans look like they’re butting right up against the window.

Again, like an ‘80s supercar (probably), the View 28 RGB Riing Edition is covered in RGB LEDs, with space for a couple of Thermaltake’s Riing RGB fans behind the tinted front panel. Those recessed RGB fans are supposedly optional but if you were buying into the multi-coloured LED aesthetic anyways, you’d just have to, right? 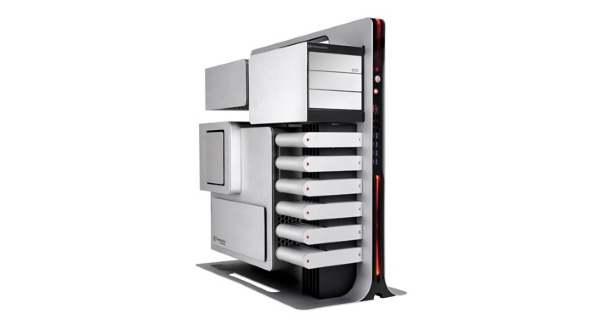 The Thermaltake View 28 RGB Riing Edition is out now in the UK and Europe with a street price of £78, so don’t worry, they’re not expecting you to pay the supercar prices they tacked onto their BMW-designed Level 10 chassis…