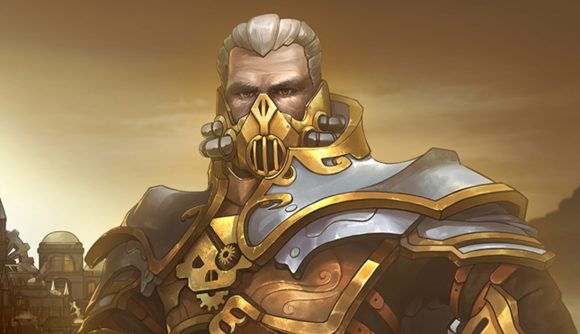 They Are Billions launched into Steam Early Access way back in 2017, and its survival-oriented take on the RTS genre became an instant hit among players and streamers, going so far as to inspire new games like Conan Unconquered. Now it’s hit 1.0 and implemented one of its biggest new features yet: the New Empire, a full story campaign.

The New Empire features 48 missions making up what the developers estimate as over 60 hours of gameplay. You’re going to be trying to retake locations that have been ruined by the undead, and presumably standing firm with hefty defenses against massive zombie waves. The campaign will delve into the backstory of the pandemic, too.

Besides the campaign, the 1.0 release also expands the familiar survival mode with an easier scenario for newer players called the Deep Forest, as well as the ultra-hard Caustic Lands, which will feature a massive Doom Colony that can cover 30% of the map. The new update will also introduce some balance adjustments and new dangers for all the scenario maps, so you’ll have some fresh surprises.

Players are already digging in, too – as Steam Charts shows, the 1.0 release is bringing the game’s highest player counts since its Early Access launch.

You can get a taste of the new campaign in the trailer above.

Read more: Shamble toward the best zombie games on PC

I haven’t played much of They Are Billions since it first became a hit, but it was a great, nerve-wracking time even then – and a lengthy campaign sounds like a terrific reason to revisit it.