Thief is out of the shadows; here’s our Thief review.

It’s official: Thief will be released on November 30, 1998. Oh no, wait – grumble-goddamn-non-numerical-sequels-grumble – on February 25, some 15 years later.

Gamescom doesn’t start til next week, but here’s Thief’s Gamescom trailer regardless – presumably nicked from the Cologne event’s belt:

Themes made familiar by Thief 2 abound: the conflict of rising industry with the ancient earth (and the somewhat magical hippies) it seeks to build on. Then there’s the plague, and the way it sets the faultline between The City’s rich and poor ashaking – meriting inevitable comparisons to Dishonored.

And somewhere in the middle, as always, is Garrett – doing his utmost to stay out of it and invariably failing. Here he is now, on the box: 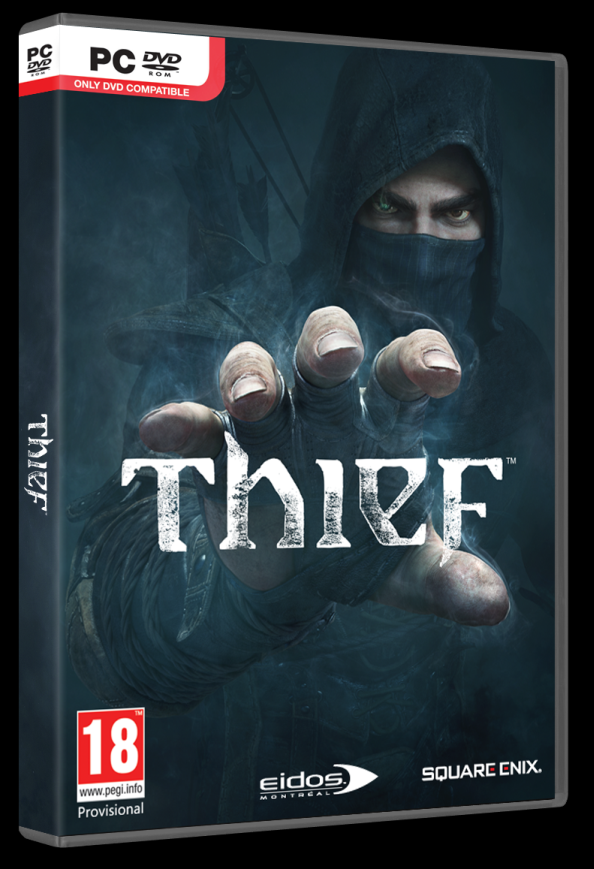 Honestly, it looks a lot like Thief to me. Will you be darting from the shadows to retrieve Eidos Montreal’s reboot come February?