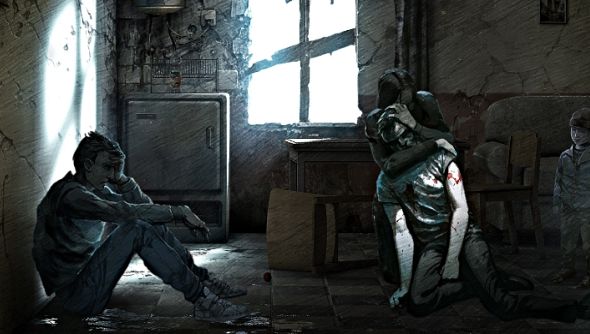 This War of Mine’s developer, 11 Bit Studios, have gone on The Pirate Bay to give Steam codes to would be pirates. 11 Bit’s PR Karol Zajaczkowski explained the move saying “If because of some reasons you can’t buy the game, its ok. We know life, and we know that sometimes it’s just not possible.”

They’ve netted some extra sales and a lot of goodwill among the pirate community as a result.

“If because of some reasons you can’t buy the game, its ok,” Zajaczkowski wrote in the comment section to the most popular torrent of This War of Mine. “We know life, and we know that sometimes it’s just not possible.

“Here are some codes for the steam copy of the game, so some of you can take a look at it. And if you like the game after spending few hours in, then just spread the word, and you’ll help us a lot.”

Fraser’s given his verdict in his This War of Mine review, which he called a rather “harrowing” but great. The game has you try and survive a siege in a nondescript European city. You must collect together a group of survivors, scavenge for food and medical supplies, and defend your shelter from gangs who’d like to steal your stuff.

The siege has no definite length so you can’t know how long you have to survive for. With no clear end in sight you will be forced to decide between being generous with your supplies, helping out other survivors in the city, or hoarding them for your own group, causing outsiders to starve.

This War of Mine released earlier this week.